Kevin spent a countless amount of time with his mom watching Star Wars and going to the movies together, of course to see Star Wars. He also loved his time with his dad and looked forward to the numerous hours they spent fishing and disc golfing together. 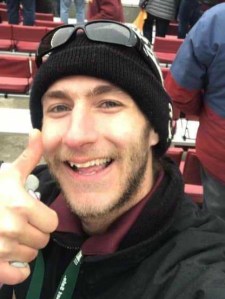 He was proceeded in death by his grandparents Art and Ann DuFoe and Ross McCosky.

Condolences, memories, flowers and gifts may be sent through Kevin’s Life Tribute page at: