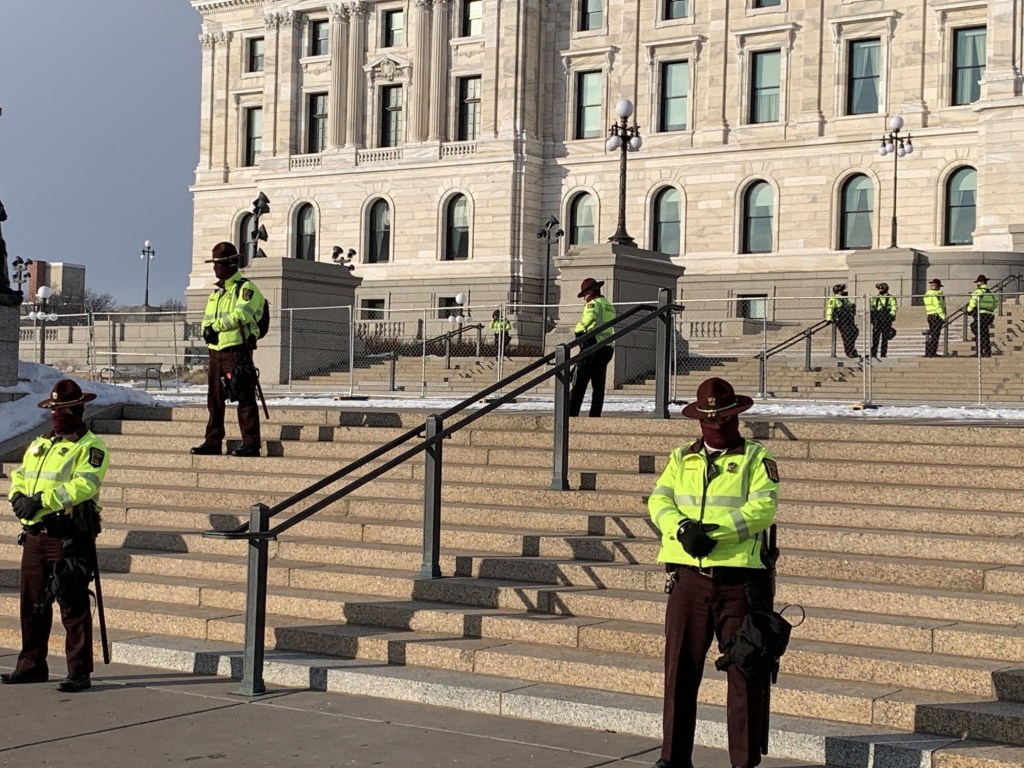 The Minnesota State Patrol and officers who police the state’s Capitol will be outfitted with body cameras. Gov. Tim Walz requested funding for them in his budget, with public safety leaders saying they build trust and foster accountability.

A transportation funding package includes about $7.5 million to buy and maintain the cameras for state law enforcement units.

State troopers are part of commercial vehicle enforcement and investigate vehicle crimes. While cameras are now standard for many local police officers, the state has been slower to deploy them to its forces.

The bill including the body camera funding is expected to be brought up for votes later this week.

Capitol security has been a serious concern over the past year and for a time led to a temporary fence around the building and extra safeguards in nearby state buildings.