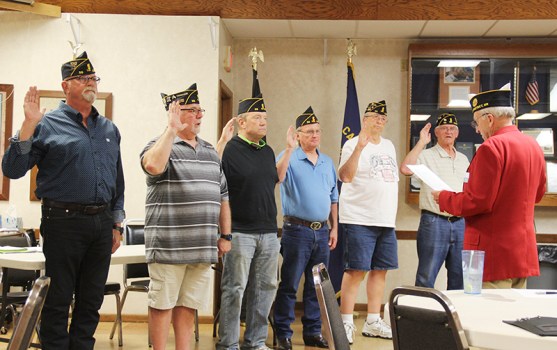 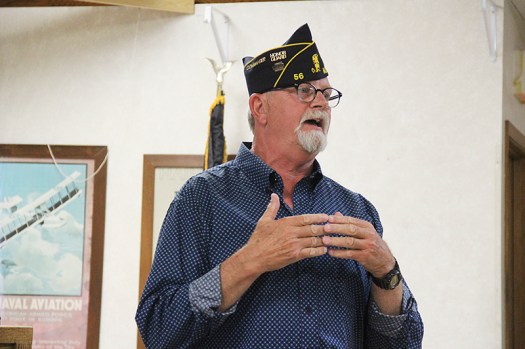 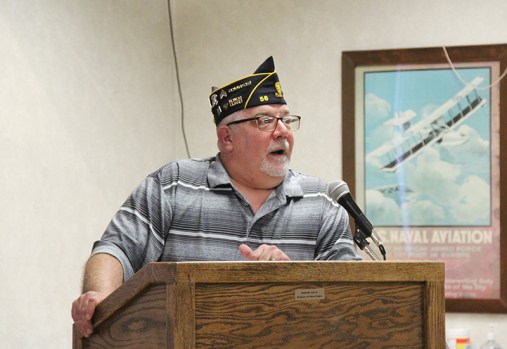 With goals of strengthening the American Legion and drawing in more members, a new commander took the helm of Albert Lea American Legion Post 56 Thursday in a ceremony with district leaders and other members.

Ole Olson, who served 40 years in the Army in active duty and the National Guard, said he served two deployments in Iraq and Afghanistan.

But it wasn’t until he came back from Afghanistan in 2012 that he said he started becoming more active in the American Legion after recognizing he missed the camaraderie he had when he was in active duty.

Jeff Olson said he was in the military for 20 years and that was nothing compared to the last two years he spent in the position and dealing with the COVID-19 pandemic.

“It put a damper on anybody and everybody’s life,” Jeff Olson said.

He said he was proud of his first year and he helped get a new roof for the building that was half paid for through a grant through the city of Albert Lea. He was also proud of the national American Legion commander’s visit to Albert Lea and the opportunity he had to meet him.

“They enjoyed their time here and they loved our post,” he said.

One month later, COVID-19 hit, and he had to close the post down for two months, until in May 2020 it reopened for curbside pickup. In July, the post opened at 50% occupancy until it closed back down in November and then opened back up in January or February.

Jeff Olson, who became a Legionnaire six years ago, said he learned a lot from the state and about COVID-19 during the process, and he thanked his family and friends for their support in the last two years.

Ole Olson, who described himself as a “hands-on type of person,” said it is his goal to pay off the local post’s debts while he is commander and noted that this will help strengthen the Legion and its ability to do more in the community.

He said the post is in a phase right now where it has a lot of older members, and many of those members are passing away at relatively high rates. At the same time, there are a lot of younger members who don’t want to belong to the organization, but they don’t yet know why.

He hopes to repurpose the Legion to bring in the newer people while still having the support of the older members, too.

“I know what it was like coming off duty — they miss the camaraderie,” Ole Olson said.

Aside from his involvement with the American Legion, he said he works as a roofing salesman through GAF and often travels for his job.