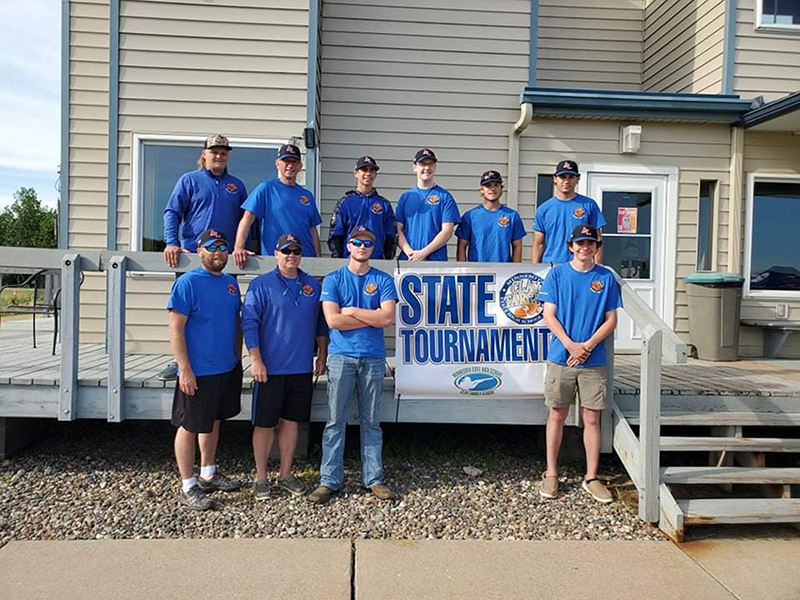 The Albert Lea clay target team took to the Minneapolis Gun Club in Prior Lake Friday morning to compete in the Minnesota state meet.

The Tigers were one of 40 teams to qualify for the meet, which brought in schools of all sizes for a one-class meet.

Overall, Albert Lea finished in 34th place with a final score of 442.

Consisting of two sessions with  two rounds each, competitors shot at 25 clays for a total of 100 possible points. To break any ties, competitors’ longest reverse run was used, meaning the longest consecutive streak of clays hit starting at the end and working backward.

The highest scoring individual was Erickson, shooting a total of 94. Erickson shot a 23 in the first round, followed by a 24, 25 and 22. 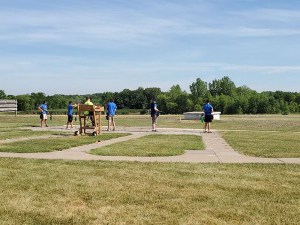 The Albert Lea team finished in 34th place with an overall score of 442. – Provided

Rounding out the team scores for the Tigers was Laskowske, finishing with a total of 83. Laskowske finished with rounds of 19, 21, 21 and 22. His reverse run score was eight.

The team score of 442 was good enough for 34th place, two ahead of 35th place finisher Badger-Greenbush-Middle River, and three behind 33rd place finisher East Ridge.

Estes also qualified for the individual competition by finishing the regular season ranked inside the top-100 with a round average of 23.6.

After struggling slightly in the team portion, Estes came alive in the individual competition, finishing in fifth place overall out of 92 competitors.

He shot 24 in the first round. followed by another 24 in the second round. After session one, Estes was in good position with an overall score of 48, but his third and fourth round swere what propelled him further up the leaderboard. Estes recorded two perfect rounds of 25 and 25 in the third and fourth rounds to finish with a total of 98.

There were eight other competitors who finished with a final score of 98, but Estes’s reverse runs score of 74 won him the tiebreaker. The next highest reverse run score was 60.