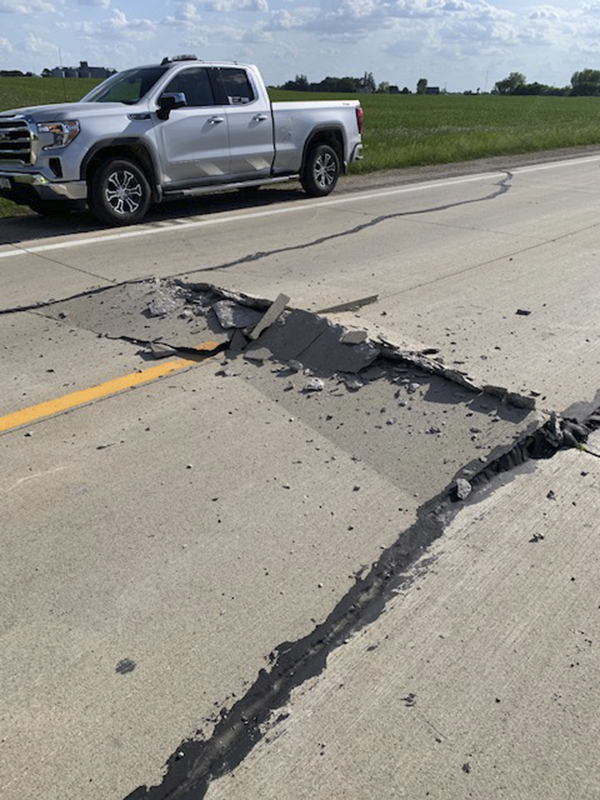 The rapid temperature increases and steady sun in the last week have wreaked havoc on a few area roads.

Freeborn County Highway Engineer Phillip Wacholz said when there are rapid increases in temperatures, combined with consistently sunny weather, the road is not stable and there can be either buckling or faulting at weak points.

Typically, Wacholz said, there is a higher likelihood of this happening if temperatures are above 90, or especially above 95, and there is steady sun. There are also other factors that can contribute.

“All that stress just crumbled the concrete,” he said, noting that it cracked open the road and caused concrete debris to be spread around.

“It was just too much for the road.” 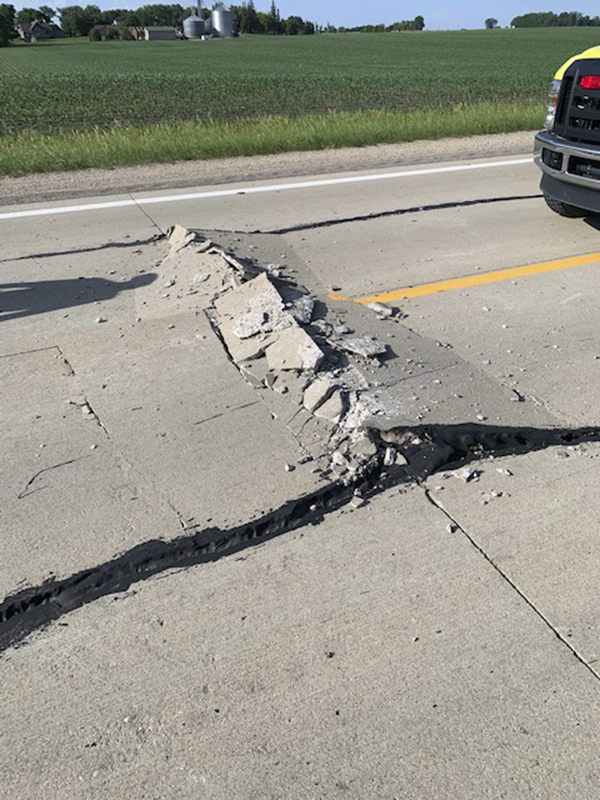 Wacholz said this wasn’t the first time for this to happen on Freeborn County Road 46 — the last time was about five years ago.

He said it can happen on new or old roads, and that there are several factors that can make roads more or less prone to blowouts or faulting. Typically roads that are more highly traveled have less problems.

“That underscores how intense the heat and how intense the stresses were for a road like 46,” he said, noting that road serves about 2,000 cars a day, which is higher than many other county roads.

He said county highway department staff responded and cleaned up the concrete debris and placed a temporary asphalt patch to make the road as drivable and safe as possible.

The county will hire a contractor to make a permanent of the road, which is concrete, and at this point it is unknown how many panels will need to be replaced or if there is sub-grade work to be done.

He said this type of damage is relatively rare, with less than one each year reported.

Other problems were reported on Stateline Road, which is both in Freeborn and Worth counties. He said though the highway department responded to this instance, it was actually on a Worth County portion of the roadway.