Adean Ann (King) Turner, resident of Albert Lea, MN, passed away July 26, 2021 at age 90. Adean was born on February 19, 1931 in Chatfield, Minnesota, the daughter of Harland E. and Marion L. (Kremer) King. She was baptized and confirmed at the EUB Sumner Center Church and remained a woman of faith throughout her life. She graduated from Stewartville High School and later, attended Winona State University to receive her teaching degree. Her teaching career included more than 30 years, having taught in the Cannon Falls, Spring Valley, Stewartville, Owatonna, and Albert Lea school districts. She was a very active member of the United Methodist Church in Albert Lea, teaching Sunday school for many years, being part of the Just “3” Circle group, and the United Methodist Women’s group. Outside of the church, she enjoyed being a part of other groups including the Potpourri group, Red Hat Society, and the Order of the Eastern Star, for which she had served as Past Matron and been a lifelong member. 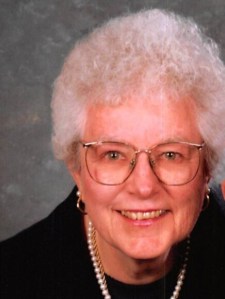 She married Dale W. Turner on June 13, 1953, at the EUB Sumner Center Church. Adean and Dale were passionate campers and enjoyed camping all over the United States and Canada. They enjoyed their association with the “Cross Road’s Camper” group. Adean was also a passionate cribbage player.