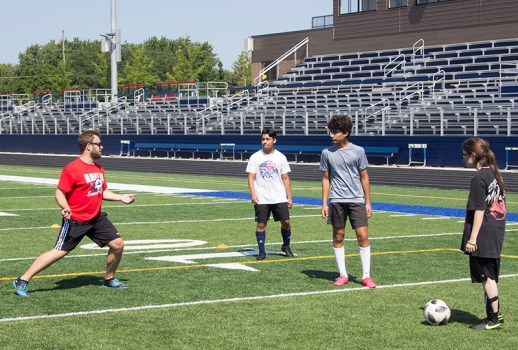 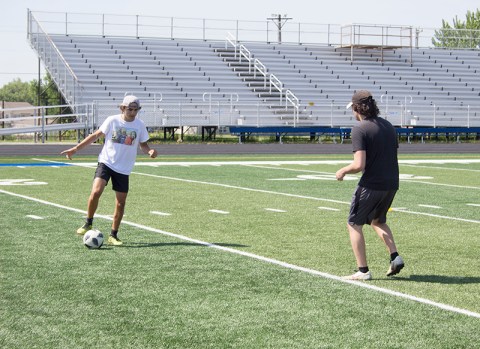 Tim Chalmers traps a pass from his teammate Monday during the Albert Lea boys' soccer camp. Albert Lea boys' varsity soccer coach Zachary Luther hoped to bring players back to the turf for the camp ahead of the fall season. Abigail Chalmers/Albert Lea Tribune 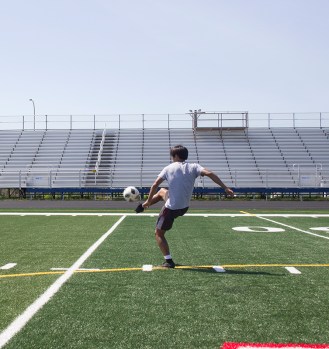 Joseph Yoon volleys the ball off of a toss from a teammate. Abigail Chalmers/Albert Lea Tribune 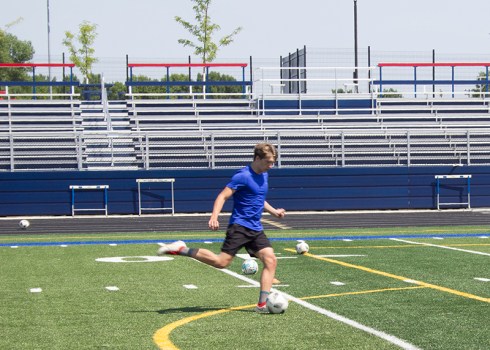 Kadin Indrelie takes a shot during one of the shooting drills, which was called Knockout. Players attempted to stay in the game by scoring each time they shot the ball; if their shot missed the net or was blocked by the goalie, they were out. Abigail Chalmers/Albert Lea Tribune 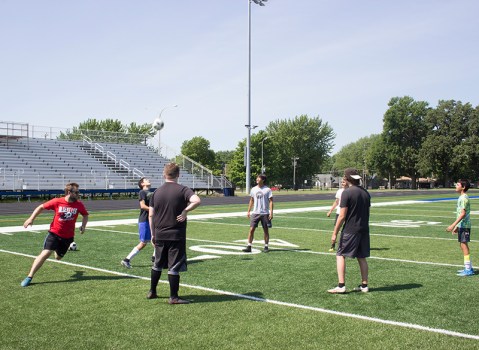 Players try to keep the ball in the air while Coach Luther runs laps around the circle. Every lap around the circle earned the group one point, and teams competed to reach six points first. Abigail Chalmers/Albert Lea Tribune 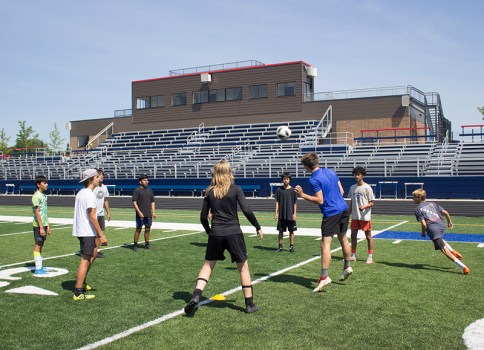 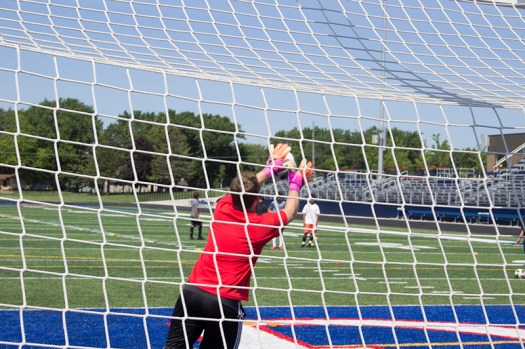 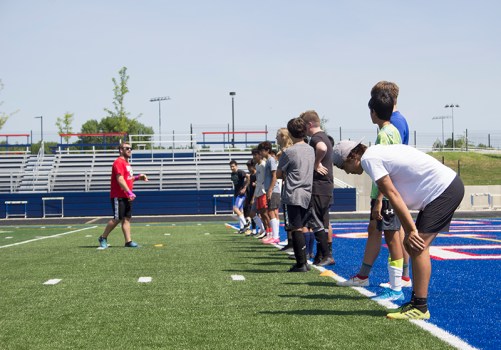 Near the end of the practice, the boys got on the line for conditioning. Abigail Chalmers/Albert Lea Tribune 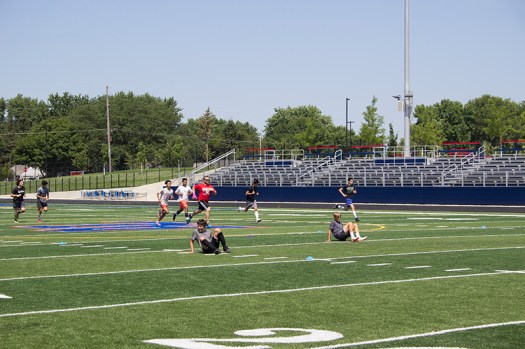 The players had two options for conditioning: they could either run the length of the field four times — down and back twice — or crab walk 100 yards. Abigail Chalmers/Albert Lea Tribune

The camp began at 8:45 a.m. Monday and will run for four days. It is split into two practice sessions, with one going from 8:45 to 10 a.m. and the other from 10 a.m. to noon. The earlier session consists of players going into fifth through seventh grade, while the later session is made up of eighth through 12th graders. Players pre-registered through Community Education to participate and receive T-shirts.

According to Luther, about 43 players took part on Monday. Getting a good turnout and bringing players back onto the turf was one of his main goals for the camp.

“A lot of the older guys don’t have a club team to play [on] in the summer,” he said. “I wanted to take a week to make sure they were getting some touches on the soccer ball.”

Luther also wants to use the camp as an opportunity to prepare for the fall season.

“I’d like to see some players, see if they’ve grown a little but since the last time I saw them play soccer,” he said. “[I’d like to] get to know some of the new people coming into the program and just have the guys have fun and enjoy playing a little bit of soccer before the school season starts.”

He encourages anyone who is considering joining soccer to “just come out and join.”

“Don’t wait if you’re thinking about doing it,” he said. “You’d hate to regret coming out as a senior and realizing you really liked it when you could’ve come out as a freshman, sophomore or eighth grader. Just take a risk and go out and try.”