An Albert Lea man is facing charges of criminal sexual conduct tied to alleged sexual assaults of a teenage girl over a two-year span. 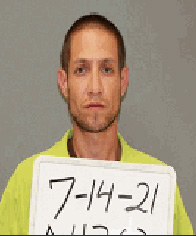 Matthew Ryan Estes, 34, has been charged with three counts of third-degree criminal sexual conduct with a victim between 13 and 15 and made his first appearance on the charges Friday in Freeborn County District Court.

Court documents allege Estes met the girl at a church where he worked as a janitor, and the girl volunteered to babysit for his family.

According to the court complaint, the victim told police their relationship started as a father-figure type relationship but after a while things became sexual. The victim said Estes would not pay for her babysitting other than with nicotine or sex and that he would tell her that when she was 18, he would leave his wife and they would get married.

Estes was arrested last week after being released from the psychiatric unit at Mayo Clinic where he had been after information regarding the victim came to light.

Freeborn County District Court Judge Steve Schwab set Estes’ conditional bail at $50,000. Estes is to have no contact with people under the age of 18 and comply with GPS monitoring, among several other conditions.

His next court appearance is scheduled for July 29.