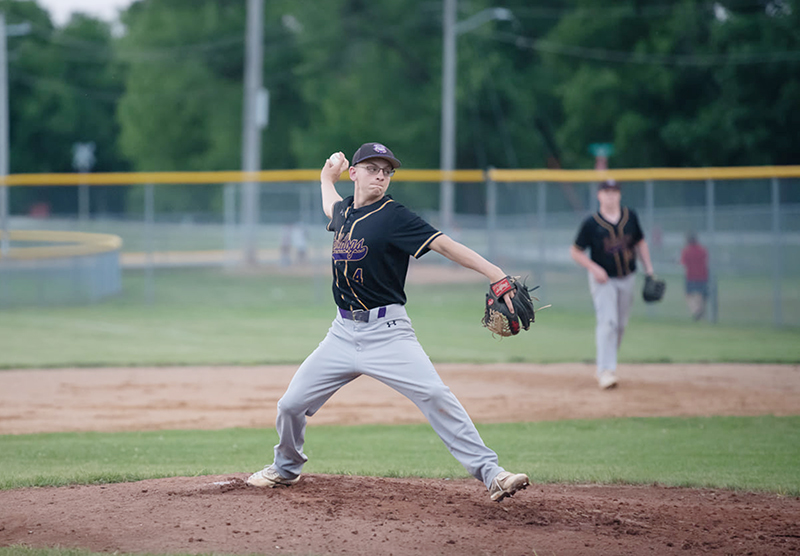 The Lake Mills baseball team closed out the regular season Thursday night when they played host to Estherville-Lincoln Central.

The Bulldogs struggled at the plate, garnering just three hits through the game, while giving up 20 runs on 15 hits, falling 20-0 in five innings.

Senior Casey Hanson, freshman Garrett Ham and eighth grader Hayden Helgeson were the only three Bulldogs to record a hit in the game — all three were singles. Helgeson, senior Jack Ramaker and junior A.J. Ramaker were each walked once throughout the game, giving the Bulldogs a total of three baserunners. 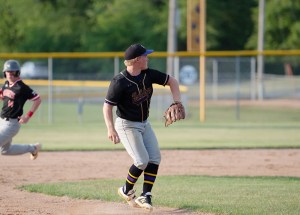 Lake Mills senior Casey Hanson winds up to fire the ball to first base for an out Thursday night at home. Lory Groe/For the Albert Lea Tribune

The Bulldogs end the regular season with an overall record of 9-15 and a 5-9 record in the Top of Iowa West Conference. They will take on the 14-9 Huskies of Nashua-Plainfield in the opening round of the Class 1A Substate 2 tournament.

Despite the Bulldogs and Huskies both being in the Top of Iowa Conference, this will be their first meeting of the season. Against like teams, the Huskies have a slight advantage with a 4-7 record, while the Bulldogs have a 2-8 record.

The substate game is scheduled to start at 5 p.m. Saturday at Newman Catholic High School. The winner of that matchup moves on to face the tall task of taking on the 28-1 Knights of Newman Catholic in the second round Tuesday night.