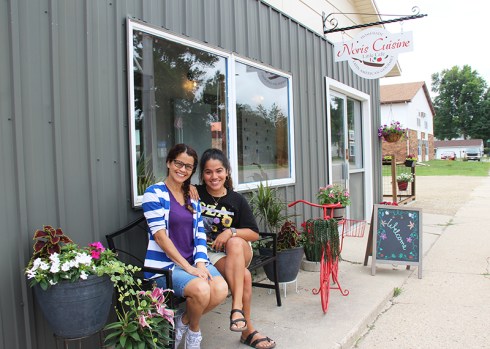 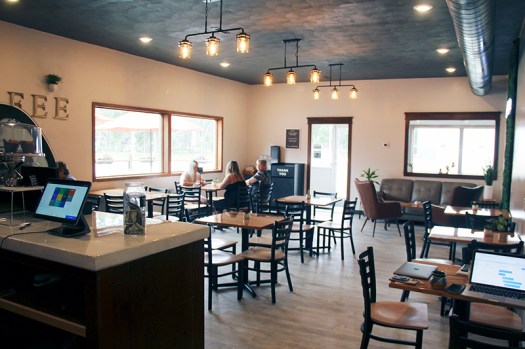 Noris Cuisine was decorated in an industrial feel with tables made by Benjamin Hemingway. Sarah Stultz/Albert Lea Tribune 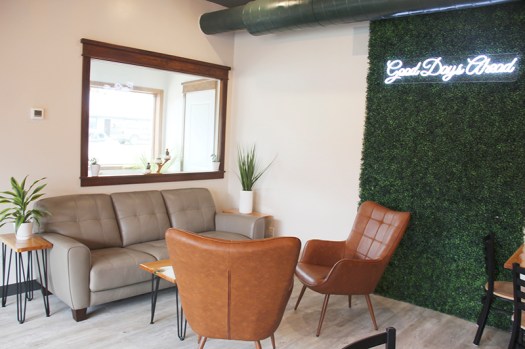 In addition to the tables and chairs at the cafe, Noris Cuisine has this seating area and a wall, at right, that manager Aracelis Sepulveda hopes people will use to take photos. Sarah Stultz/Albert Lea Tribune 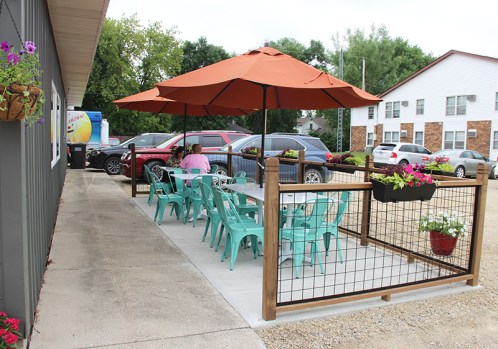 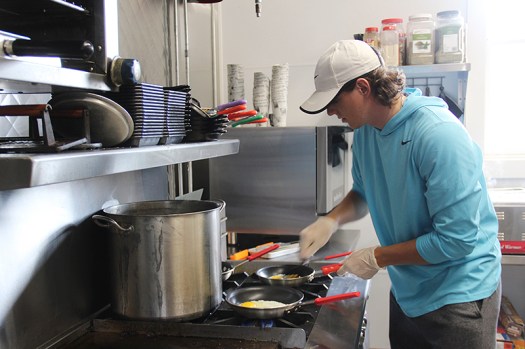 GENEVA  — After finding success on the road with her food truck featuring Latin American cuisine, an area woman who is originally from Venezuela last week opened up her own cafe on Central Avenue in Geneva with her daughter.

Aracelis Sepulveda, daughter of Noris Hemingway, said her mom started her food truck about five years ago and has mostly been on the road at breweries, including Imminent Brewing in Northfield, Mineral Springs Brewery in Owatonna and others in Rochester and Mankato.

Hemingway said for many years it had been a dream of hers to open a small cafe as the food truck can’t be out in the winter months, and she wanted to provide something cozy for the community where they would feel welcome to come.

She has lived in rural Geneva for 11 years and before that lived in St. Paul for a few years when they moved to the United States.

Hemingway decided to move forward with the restaurant with her husband, Brant, and the support of her daughter and other family members.

They purchased half of the space that had formerly been known as Geneva Foods & Deli, at 103 Central Ave., that had been empty since 2014, and worked to renovate the space and make it their own. The restaurant opened July 1.

The cafe includes new flooring, decor and equipment that Sepulveda said she tried to decorate in an industrial feel, drawing on things she has liked in coffee shops in Minneapolis.

In addition to tables made by her brother Benjamin Hemingway, who is an artist in the Cities, the space also has a more casual sitting area in the front with chairs and a couch, along with a photo wall nearby.

Sepulveda said the cafe adds to the two other eating establishments already in Geneva — Geneva Bar & Grill and Georges of Geneva — and noted their menus are all different so they don’t think they compete with each other. Noris is also the only place there open for breakfast.

So far, they have seen people from Geneva but also others from Northfield, the Twin Cities and Albert Lea. Some have traveled to show their support after liking what they had to offer in the food truck.

The cafe considers itself gluten-friendly, and they hope those with celiac disease, vegetarians and others can enjoy their food. Their food truck is 100% gluten-free.

Some of their popular menu items include cachacas — a corncake filled with roasted pork and cheese and garnished with cheese, cream cheese and their house green salsa — and empanadas filled with beef, chicken or cheese. Arepas are also common and can be eaten for breakfast, lunch or dinner, Sepulveda said.

Another favorite is a Cuban sandwich made on a panini press with roasted pork, ham, pickles, Swiss cheese and a mayonnaise-mustard sauce. They also offer a shrimp salad that is popular, along with various coffees and teas.

Hemingway said they are looking into having private events in the cafe after normal hours.