Funeral Services for Daniel Bettin will be held on Tuesday July 20, 2021 at 10:30 am at Trinity Lutheran Church of Albert Lea, Minnesota. Pastor Eileen Woyen will officiate. Visitation will be held Monday July 19, 2021 at Bayview/Freeborn Funeral Home from 5 to 7pm and on hour prior to the service on Tuesday 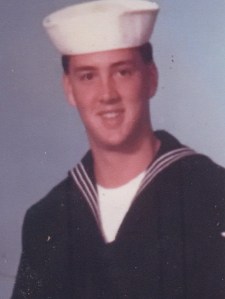 Daniel Joseph Bettin was born on April 17, 1970 in Belmond, Iowa to Michael Glenn Bettin and Janice Kay Tarrence. He was proud that the Apollo 13 astronauts were saved on the same day of his birth.

Daniel attended North Kossuth Elementary and High School and graduated in 1988. He was active in plays, show choir, chorus, band, track, baseball, basketball, and football. He was also a lifeguard at the community pool. Daniel was active in Cub Scouts and 4-H also serving as the county officer.

As a junior in high school, Daniel joined the Navy Reserves on July 4, 1988 then joined the Navy for active service. He went to Great Lakes Training Center and after was stationed in San Diego, California at the USS Ranger CV61. From there he entered the Navy Seals. In 1991 he was discharged from the Navy.

He met Lori Bettin in Sac City, Iowa and they were united in marriage on February 14, 1992. The couple moved to Seward, Nebraska where Lori completed her education and Daniel was a welder at Kawasaki and served as a volunteer firefighter. During this time the couple welcomed two children (April and Michaela). Dan entered Iowa Lakes Community College and became a state level paramedic. Moving later to Minneapolis, MN Daniel worked in security. In 2012 Dan retired and moved to Northwood, Iowa where he lived until the time of his death.

Daniel is survived by his two daughters April (Cody) and Michaela (Trevor); two grandchildren, Zander and Lillian; his mother, Jan Bettin-Baseman; and other extended family and friends.

Daniel was preceded in death by his wife Lori; father, Mike; sister Michelle; grandparents, and other family members.