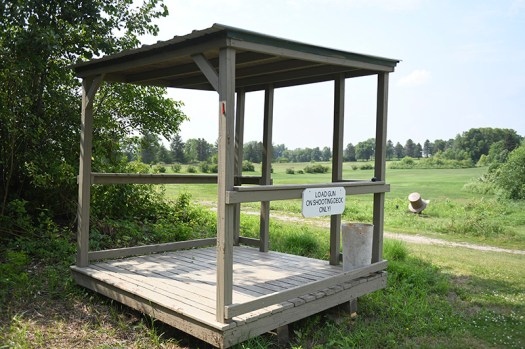 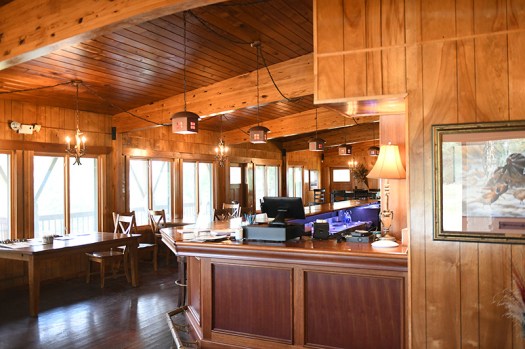 The clubhouse features a bar area where customers can sit, relax and have a drink. Tyler Julson/Albert Lea Tribune 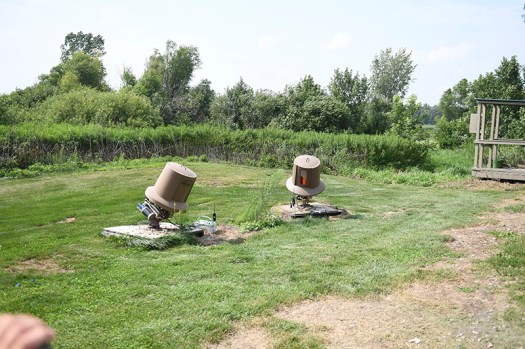 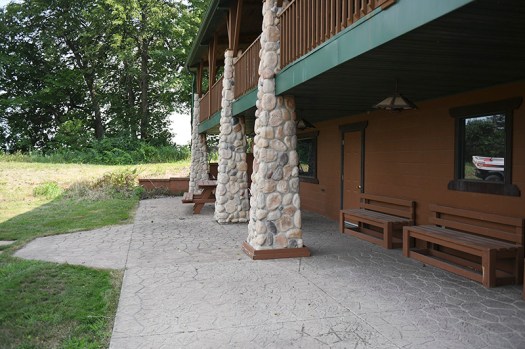 Kreuscher said he wants to expans the outdoor patio area to include more spots for people to sit and enjoy the outdoors. Tyler Julson/Albert Lea Tribune 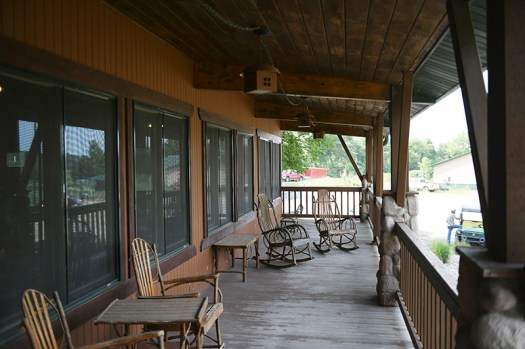 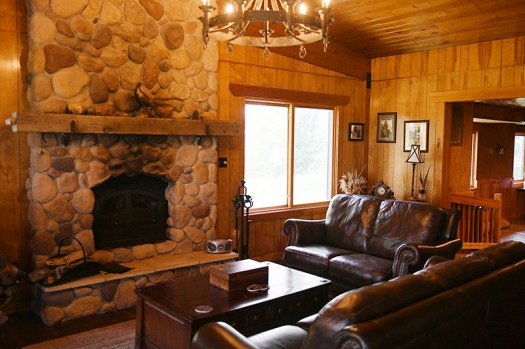 A lounge area sits just off the bar for customers to sit and enjoy a fire. Tyler Julson/Albert Lea Tribune 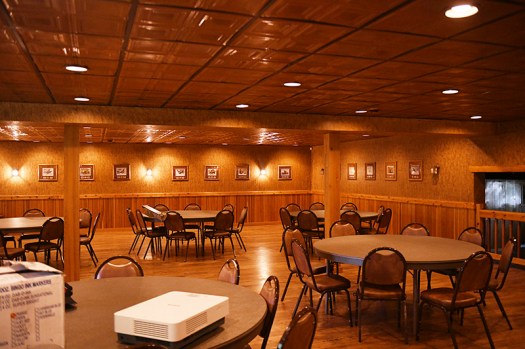 The banquet area will soon feature a projector and pull down screen for renters to make use of during their time at Good Shot Golf and Sporting Clays. Tyler Julson/Albert Lea Tribune 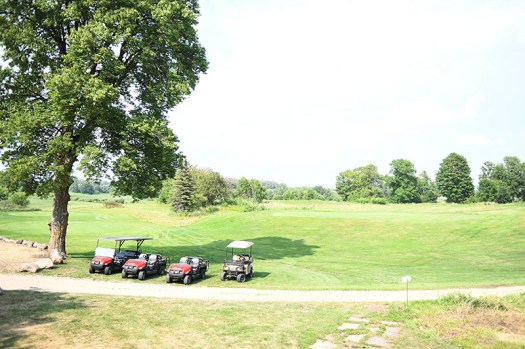 After many years of being owned by Diamond Jo Casino, the land formerly known as Pheasant Links has reopened to the public as Good Shot Golf and Sporting Clays.

Lucas Kreuscher, along with his wife, Devan, and daughter, Autumn, officially took ownership of the property earlier this month.

Kreuscher said he took interest in the property back in July 2020, when he heard Diamond Jo Casino might be interested in selling. He said the casino shut down the course, adhering to COVID-19 guidelines and never opened back up for business. After a lengthy process of discussions and negotiations with the casino, Kreuscher said the two finally entered a verbal agreement in early spring 2021.

The land features a nine-hole golf course as well as a sporting clay course with nine different shooting stations. While the shooting clay portion has opened for business, Kreuscher said he wants to make some improvements to the golf course and will have it ready for play in spring 2022.

On top of the golf and clay target shooting, Kreuscher said he plans to have numerous events and activities at Good Shot.

“Our ultimate goal is to become a great family-friendly place for people to come,” Kreuscher said. “We know there’s not a lot of entertainment in these rural areas, and we saw this as an opportunity to do some unique things.”

Kreuscher said there are many possibilities for different events including outdoor movie nights, a fall festival, winter parties, a winter olympics event, and cross country skiing, snowshoeing and big tire biking in the winter.

One of the biggest obstacles Kreuscher said he has had to face is the timing of the purchase and getting everything ready in time. He said the original plan was to have the property purchased in the winter so they would have all year to work on reopening. He said being patient on putting plans together is another challenge.

“Our biggest thing is not trying to do too much at once,” Kreuscher said. “It’s been nice to kind of open things in phases. … It’s about us staying disciplined on working on one thing at a time. People are really excited to have this open again. It’s easy to get caught up in just turning the lights on and just saying come on in. We’ve only got one shot at these first impressions.”

Inside the clubhouse is complete with a staging area for the clay target shooters — which Kreuscher said he hopes to convert into a place for skiers and snowshoers to walk into during the winter — a bar and lounge area, a banquet and game room, offices and a kitchen. There is a deck off the bar area and a patio area below. Kreuscher said he wants to extend the patio area to incorporate more space and possibly add a playground area for kids.

“This place was meant to have people in it all the time,” Kreuscher said. “That’s what we’re most excited about is just getting it back to the community. We all need stuff to do and this is one more way to entertain everyone in the family. … We can have someone that’s 16 out here and we can have someone who’s 86 out here. That’s a unique thing that all ages, men or women, all experience levels, can come out here.”