Gallery: Marion Ross is back in Albert Lea; find out where to see her this week 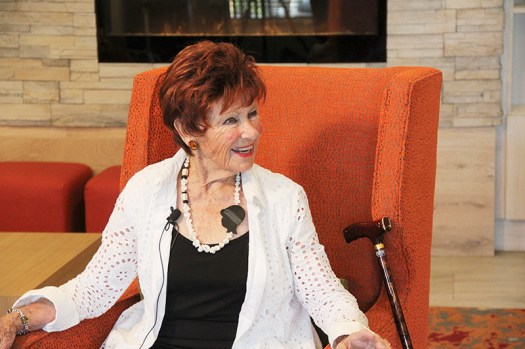 "Happy Days" actress Marion Ross speaks Thursday morning to a small group of press and area residents who helped raise funds for a new statue in her honor at Country Inn & Suites in Albert Lea. The statue will be unveiled at 5:30 p.m. Friday at the corner of Broadway and Marion Ross Street. Sarah Stultz/Albert Lea Tribune 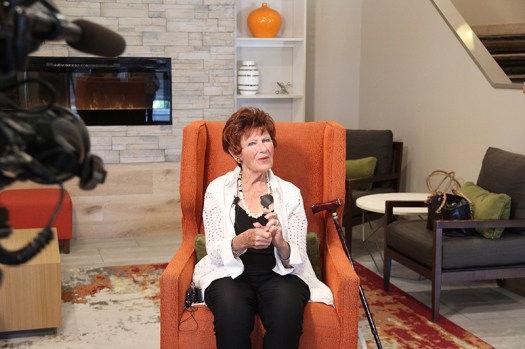 Marion Ross, 92, spoke fondly of her time in Albert Lea and described several of her memories in the community. Sarah Stultz/Albert Lea Tribune 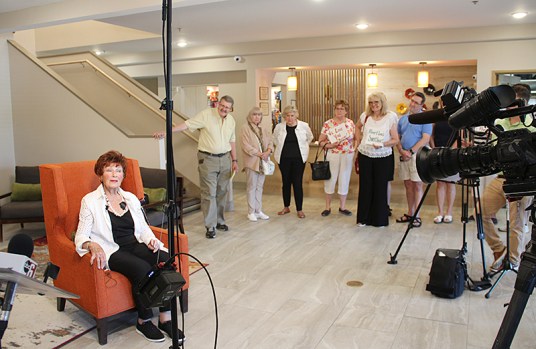 Ross took questions and shared memories of Albert Lea with media and members of the committee who helped raised money for the statue in her honor. Sarah Stultz/Albert Lea Tribune 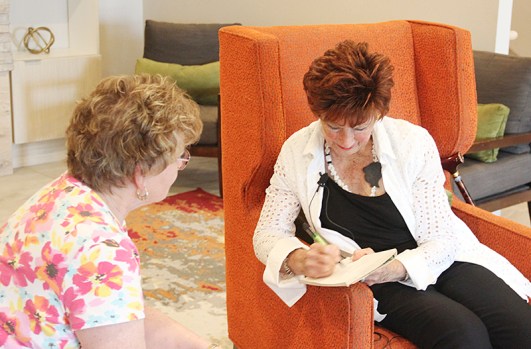 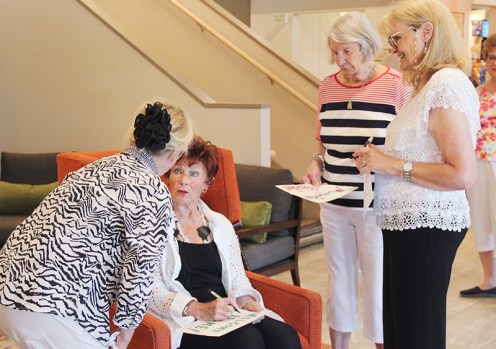 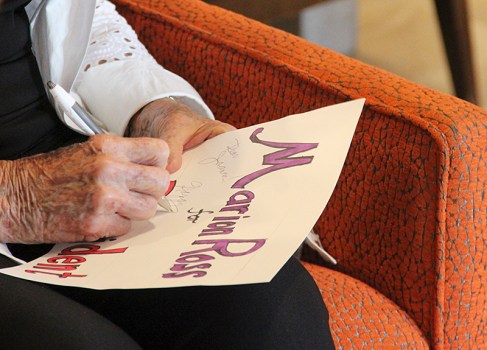 “You can be anything.”

That’s the mantra “Happy Days” actress Marion Ross said she learned from her mother at a young age and remembered her entire life as she rose to fame and pursued opportunities in the acting industry.

Ross, who will be honored Friday evening during the unveiling of a statue in her honor at the corner of Broadway and Marion Ross Street in Albert Lea, shared insight Thursday morning about becoming an actress and memories of living in the community.

The 92-1/2-year-old actress said she “took it in stride” when she found out about plans by local residents to fundraise for a bronze statue of her as Mrs. Cunningham from the popular show. In the statue, she is seated on a bench with her arm outstretched, welcoming others to sit down next to her for a photo op.

Ross said she had not yet seen the statue in person but had seen etchings and drawings by sculptor Chad Fisher from Dillsburg, Pennsylvania, throughout the process.

Ross helped to decide the location of the statue, which will be at an angle looking from the theater corner out across the lake to the beach, where she was a lifeguard. With her old house on High Street just over the hill from the beach, the statue can forever look at important images from her past.

The statue was installed Thursday morning and now is covered up with a canvas until the unveiling ceremony, which is slated to take place at 5:30 p.m. Friday in front of the Marion Ross Performing Arts Center.

Pat Mulso, a member of the fundraising committee, said it has been a long process to raise money for the sculpture that started in the summer of 2019. When the COVID-19 pandemic hit, the committee was about a quarter of the way to its fundraising goal.

She said in a way the pandemic was a good thing because it gave Fisher the opportunity to get to know more about Ross through photographs and the committee as he created the statue. In the months since, fundraising goals were met, and the group raised enough money for the statue and all of the expenses tied to it. Donations have been received not only from the local community but from other “Happy Days” actors, as well. Though the other actors will not be able to attend the statue ceremony in person, many have sent messages to be shared.

“What a more perfect setting than her sitting in front of the theater?” Mulso said of where the statue will be placed.

She said she got a peek at the sculpture Thursday morning.

After the unveiling there will be time for people to meet Ross and get photos with her next to the statue before a public reception at Three Oak Winery.

There, people can also meet Ross, and there will also be a short program, including with Ross’s son, Jim Meskemen, who is an impressionist who competed on “America’s Got Talent.”

Ross will also be the grand marshal in Albert Lea’s annual Third of July Parade, which begins at 6 p.m. Saturday.

In an interview with the Tribune in 2018, Ross said she moved to Albert Lea in third grade. She stayed in the community until she was 15, at which time she moved to Minneapolis to work for a family so she could take lessons at what is now MacPhail Center for Music.

On Thursday she recalled living in the basement of their home in Albert Lea, where on one side there were canned goods and on the other there were photos of famous actresses.

She recalled being a junior lifeguard and swimming across Fountain Lake.

She credited her mother, who instilled in her that she could accomplish her dreams and encouraged others to do the same.

“You can have any dream you want,” she said.