Hot, dry conditions show no sign of letting up in Minnesota 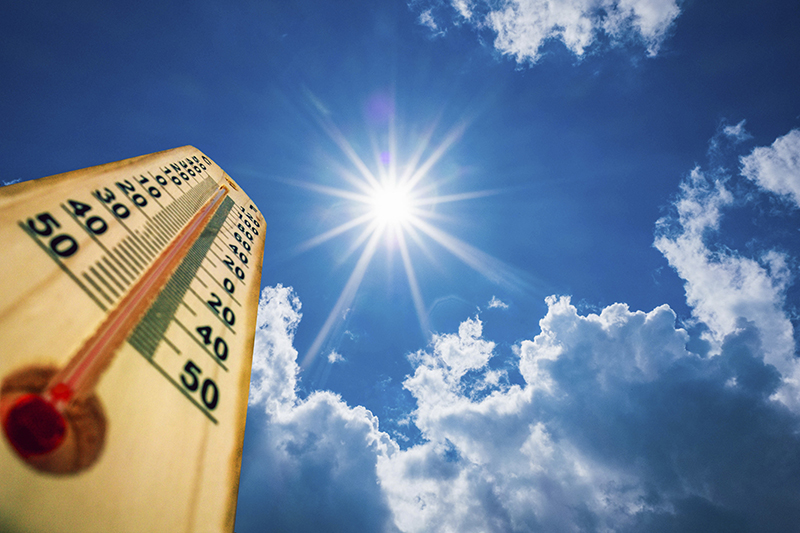 Heat and drought conditions are forecast to continue this week in Minnesota, with temperatures climbing into the 90s across much of the state and little rain — putting additional stress on crops and expanding the threat of wildfires.

The Minnesota Department of Natural Resources said Friday that with 52 percent of the state in severe or extreme drought, there’s now a drought warning in effect. Water levels are low on the Mississippi River, which supplies drinking water for many communities, and widespread rain isn’t in the forecast anytime soon.

Luigi Romolo, Minnesota state climatologist with the DNR, said the rainfall deficits started to build up early in the season, with only one month wetter than normal this year.

The state is taking some steps to respond with a task force made up of federal, state and local experts that hasn’t convened since 2012. Some municipalities are also mandating water restrictions.

The DNR says it will take at least 3 to 5 inches of rain — spread over a period of two weeks — to really alleviate the drought. And that’s not expected this week.

“It is spotty,” MPR News meteorologist Nicole Mitchell said of the rain chances expected over the next two days. The Twin Cities and northern Minnesota will get a little bit of rain, but not enough to make a dent.

“A lot of places will miss out on rain altogether this week and the places that do get something — most of it will be under a quarter of an inch whereas at this time of year we should be getting almost an inch of rain a week depending on where you are,” she said.

With the hot weather, air conditioning is sure to be running overtime. But Xcel Energy customers have some options to reduce usage. They can sign up for what’s called a saver switch that turns off air conditioning units automatically for about 15 minutes each hour. Customers are also encouraged to use LED lights, ceiling fans and run appliances like dishwashers at night when the weather cools down a bit and the pressure on the grid eases.

The drought is also being felt up north, with increased fire danger. Over the weekend, Superior National Forest officials expanded closures in the Boundary Waters Canoe Area Wilderness north of Ely. That’s because of growing concerns from wildfires that continue to burn just across the Canadian border. The closures include a number of entry points along with trails, campsites, portages and lakes.

It’s not uncommon to see high temperatures in the 90s or even 100s in July in Minnesota, but it was unusually early when this weather pattern started last month. Looking ahead, the extended forecast shows continued above average temperatures as meteorologists predict finishing out the month of July hot and dry.