She was a woman who did the unexpected. 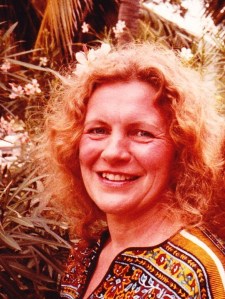 She could surprise you wherever you were on the globe…

with a phone call, a poem, or a pony.

Born April 20, 1935 in Washington, D.C. to Stanley C. and Avril Stewart Roehr, Joanne came to the University of Minnesota, after graduating from Miami University of Ohio, to earn a Master’s of Childhood Development and Welfare. While attending the U of M, she met an aspiring doctor at a square dance at the campus Presbyterian Center. Joanne married Lowell W. Barr on June 22, 1958 in Chevy Chase, Virginia.

Sixty-three years of marriage took Joanne and Lowell from Chicago, IL, to Rochester, MN, to Albert Lea, and brought five children, eleven grandchildren, many foster children and exchange students along with an array of pets.

The Barr house of 531 Park Avenue as Joanne fashioned it was always welcoming. Being a generous conversationalist, Joanne drew visitors in. When you left Joanne’s house, you were well-fed, body and soul. And you were likely smiling.

As a child psychologist, Joanne had a variety of employers: Illinois State Children’s Hospital; Rochester State Hospital; Lea College (as teacher of psychology); Gerard Academy; District 241. She also co-partnered a counseling practice, the New Leaf Center, in Albert Lea. But her volunteer work in family education and hosting international guests (through the Minnesota International Center) filled-out her life.

Joanne was the proud first woman president of the Albert Lea Rotary Club, a club under whose auspices she led a group of professionals to Bangladesh in 1997. Joanne was also a member of AAUW and PEO, and she served as an elder and a deacon of the First Presbyterian Church. Good Earth Village of Spring Valley and the Nepal Social Service Fund enjoyed her support and leadership for many years. An avid reader, Joanne also participated in an Albert Lea book club for over forty years.

More than anything else, however, Joanne was a creator: from characters in community plays and spooky stories; to posters and images for town events; to clothing for special occasions; to stories, poems and songs as tributes; to meals cobbled together from what seemed mere scraps in the cupboard.

Despite living with Parkinson’s for almost twenty years and using a wheelchair for many of those, Joanne kept up her wit, her spontaneity, and her willingness to set out on any adventure with a box of crackers, cheddar cheese, and V8.

Joanne is preceded in death by her sister, Virginia, and her parents, Stan and Avril.

The family wishes to extend gratitude to the caregivers at Oak Park Place and the staff of Mayo Clinic Hospice for their unfailing support through a challenging time.

Joanne’s inspiration lives on and will be celebrated with friends and family at a later date.