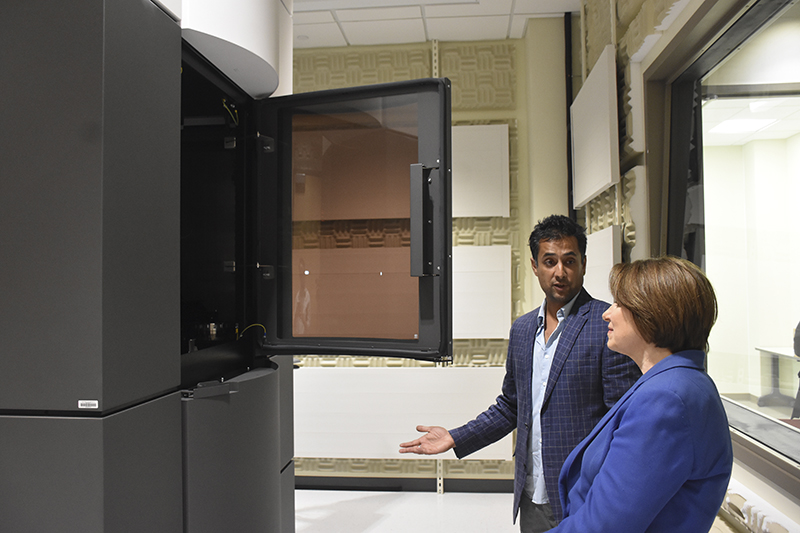 U.S. Sen. Amy Klobuchar on Thursday toured The Hormel Institute as part of an update on the cancer research taking place there.

During the tour, Klobuchar, DFL-Minnesota, was accompanied by Austin Mayor Steve King and Hormel Institute Executive Director Dr. Robert Clarke, among others.

Thursday’s visit marked the sixth time Klobuchar has been to the facility.

“The reason I keep coming back is because of this incredible work that is going on here, and I wanted an update,” she said. “This is a very important moment in time for Minnesota and our country; we see the light at the end of the tunnel coming out of the pandemic and we want to plan for the future.”

“I want to make sure the people in Washington understand the importance of the work being done here,” Klobuchar said. 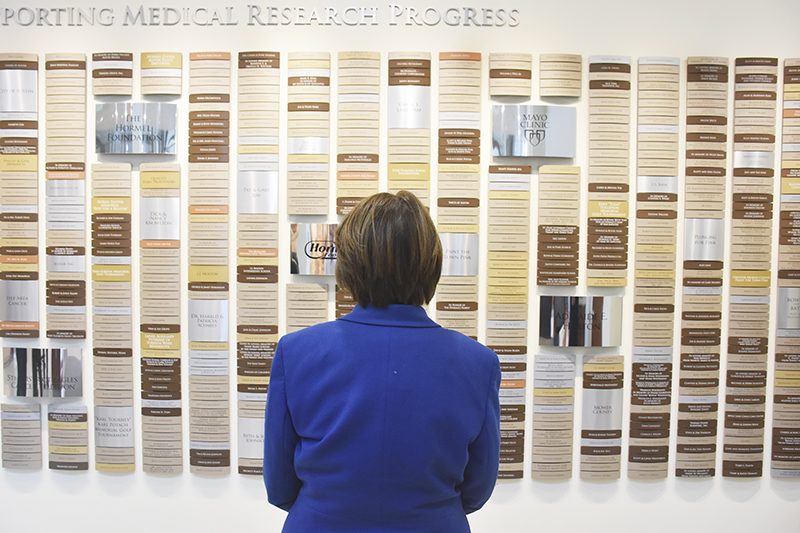 During the tour, Klobuchar learned of the Institute’s research into the role biofuels play in reducing the risk of cancer. A recent study, which was a collaboration between The Hormel Institute, University of Minnesota, and the Energy Resources Center, University of Illinois Chicago, showed that gasoline containing ethanol produces lower emissions of toxic chemicals known to cause cancer. These ethanol-blended fuels are widely available at gas stations as E10, E15 or E85.

“There are major issues with biofuels and the fight we have with the oil companies,” Klobuchar said. “Sen. (Chuck) Grassley, Sen. (Joni) Ernst and I have been doing a lot of work on this to make sure that with a new administration, biofuels are not forgotten, and that we see that as the clean fuels they are. The oil companies have always been in our face, and this is further research that we are going to be able to use in our arsenal of arguments.”

“We’re here to find cures that make people’s lives better,” said Clarke, who thanked Klobuchar for her visit and her support. “Everybody is touched by cancer. We have to find ways to allow people to live longer, and we’ve done that in many ways. One woman dies from breast cancer in the United States every 13 minutes. That’s a very sobering thought, but it’s better than it used to be. We really changed the dynamics as to how long women can live with breast cancer, and we’re going to do much better.”

“And we’re going to do other cancers as well,” he continued. “We’re going to get to the point pretty soon where people will die with cancer, but not of cancer. Eventually, we’ll have none of it. We’re going to do our part here to make sure that some people never have to face this disease.”