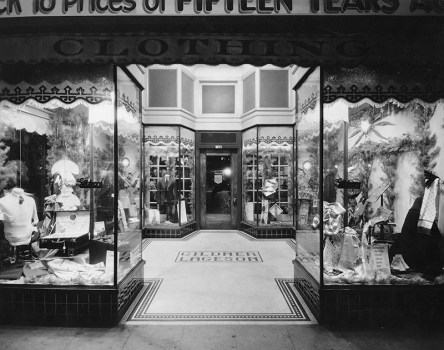 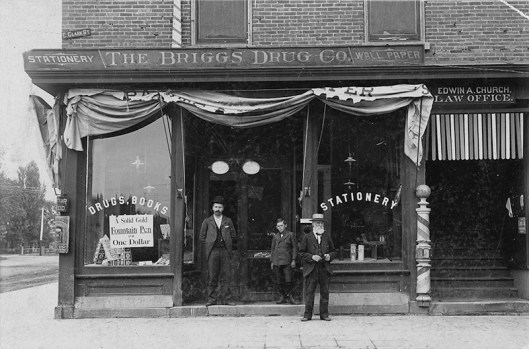 In 1892, the Briggs Drug Co. opened in the corner room of the opera house building at East Clark Street and Broadway. Their signage indicates the sale of books and stationery. Photo courtesy Freeborn County Historical Museum 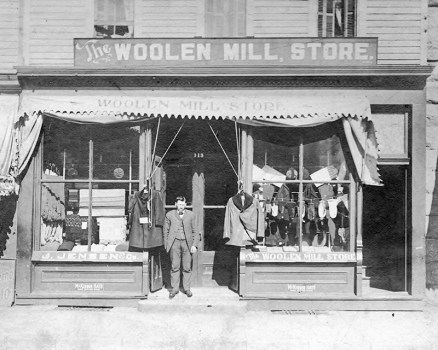 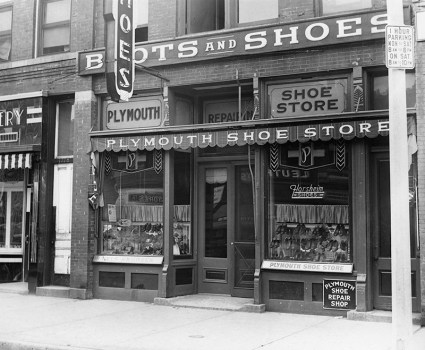 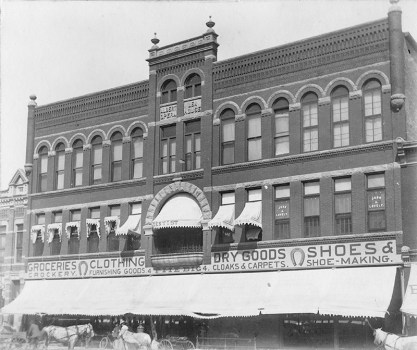 The Big 4 Store, 225 S. Broadway, was operated by Gage, Hayden & Co. during the 1890s. Bold lettering clearly describes the merchandise offered by the store in this 1900 photograph. Photo courtesy Freeborn County Historical Museum 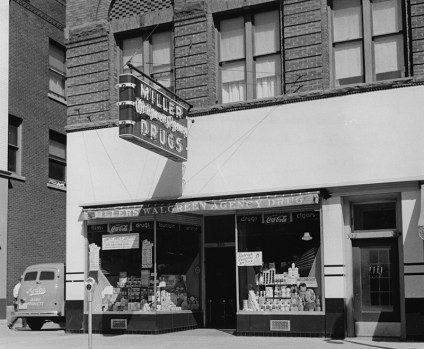 In 1936, Ward Miller purchased the drug store at 325 S. Broadway. The soda fountain was a favorite afterschool destination for students. This circa 1950 photo reflects the modern façade. Photo courtesy Freeborn County Historical Museum

The storefront of a retail business introduces potential customers to the shop, its services and merchandise. Albert Lea merchants were conscious of the importance of their storefronts as early as the 1880s. Front façades were being painted and improved. By the late 1890s, modernized storefronts appeared along Broadway. Some merchants were bragging they had the most metropolitan storefront in town.  In November 1903, a local newspaper declared only a few old-style storefronts remained on Broadway.

As the 20th century dawned, the trend toward modern exteriors continued. In 1908, several West Clark Street businesses placed electric lamps on their storefronts illuminating the shops and street. Window displays drew even more attention. Lembke Dry Goods was awarded fourth prize for the finest and most effective window display in June 1906 by Ladies Home Journal. Grocers, Barragan & Thurston, constructed a clever window display of Cameo Brand products in the form of a touring car in 1914. Three years later, Lueck Drug Store featured a unique window display. Using 5,000 bars of soap, they built a miniature replica of the U.S. Capitol in Washington, D.C.