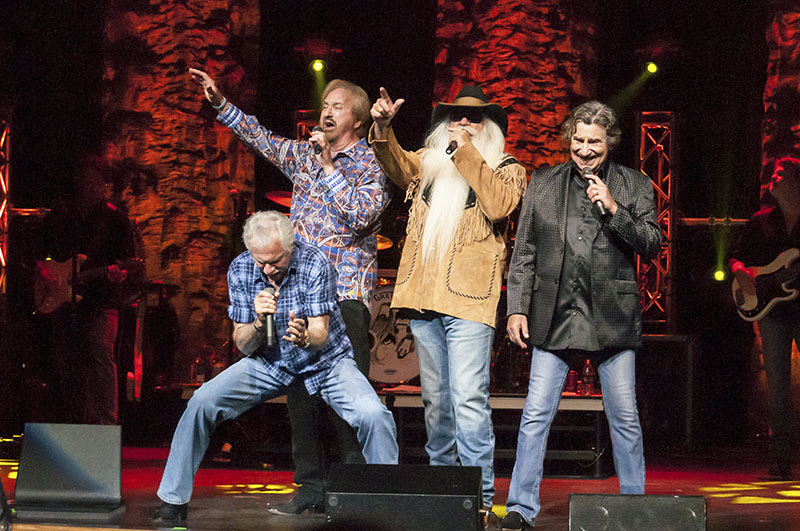 The Oak Ridge Boys will return to Albert Lea for a seventh time on Wednesday when the group performs at the Freeborn County Fair. Provided

Oak Ridge Boys gear up for return to Albert Lea

The Oak Ridge Boys are set to return for their seventh concert at the Freeborn County Fair next Wednesday with something for every member of the family, whether it’s gospel, country or patriotic music.

“We have so many friends, so many fans in Minnesota,” bass singer Richard Sterban said in an interview with the Tribune on Wednesday. “Every time we play the Albert Lea fair, they treat us so well.”

Sterban said the group’s members are especially thankful this year that they are able to perform after over a year without concerts due to the COVID-19 pandemic.

“We certainly missed it,” he said. “For well over a year, we were not able to experience that … now we’re able again to get out there, and we’re excited about that.”

He said The Oak Ridge Boys performed at the Grand Ole Opry several times during the pandemic without an audience, which was a “different experience” for him. They returned for the first night the Opry was allowed 100% capacity and walked out to a packed house.

“What a great feeling that was,” Sterban said. “We realized that night we’re turning the corner on this thing and things are heading in the right direction.”

Since that time, he said they have played several times and are seeing big crowds.

“People are ready to hear live music again,” he said. 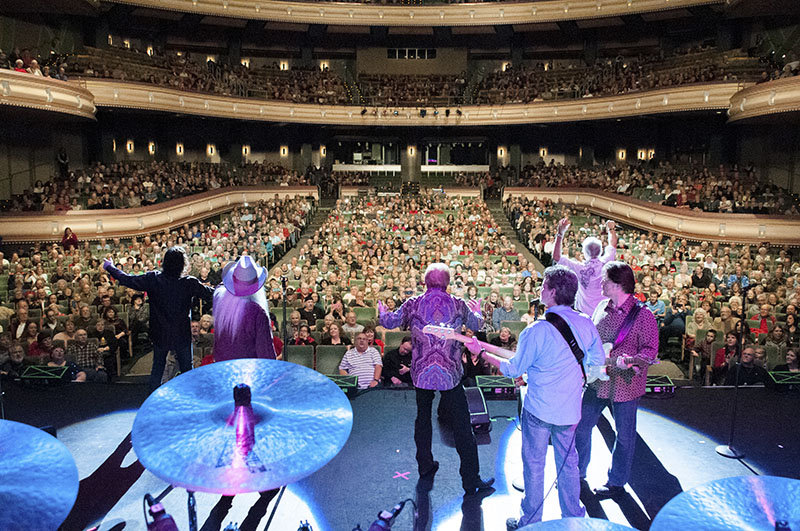 In addition to the excitement of performing live again, this year the long-time group — made up of Duane Allen, Joe Bonsall, William Lee Golden and Sterban — is celebrating its 40th anniversary of the release of chart-topper “Elvira,” which is the top song Sterban said people expect to hear when they attend their concerts. Other popular favorites include “Bobbie Sue,” “Dream On,” “Thank God for Kids,” “American Made and “Fancy Free,” among others.

He said the song was written and originally performed by Dallas Frazier 17 years before the Oak Ridge Boys recorded their version of it, and Kenny Rogers and The First Edition also performed the song.

Sterban said the album seeks to capture the feeling of four guys gathering on a front porch, singing and harmonizing in an informal way. He said the album includes some old, familiar songs that people will recognize, along with some gospel music and some new songs, as well.

“We’re really proud of the way it turned out,” Sterban said. “We ended up recording an album that is very appropriate for the day and time in which we live right now.”

He said the songs have an inspirational and healing message that make people forget about their troubles and cares.

Sterban said the group dates back to World War II, when a group known as the Georgia Clodhoppers would go in to Oak Ridge, Tennessee, and entertain people working on the development of the atomic bomb as part of what was called the Manhattan Project.  The people there could not leave for security reasons, but the Georgia Clodhoppers had security clearance and would go in sometimes weekly for entertainment.

The group later changed its name to the Oak Ridge Quartet. After the war and into the 1950s, the group became regulars at the Friday night Grand Ole Opry show.

In the late 1950s, the group disbanded and then was reorganized, and the name changed from the Oak Ridge Quartet to the Oak Ridge Boys.

Of the current members, Golden was the first to join in 1965, followed by Allen in 1966. Sterban followed in 1972, after singing with Elvis Presley.

“We’ve been doing this for a long time,” Sterban said. “We have had a very long and successful career. The good Lord has blessed us.”

He said there is probably not another group in the music business that brings more history onto the stage, noting the current members have been together for close to about five decades.

Sterban said the concert in Albert Lea will likely include some of their country and gospel hits from over the years,  as well as some of their new music.

“It’s a great family show — something for every member of the family,” he said. “It will be a great night of good country music and good family entertainment.”

The Oak Ridge Boys concert will begin at 8:30 p.m. Wednesday. Other Grandstand entertainers throughout the week include Sawyer Brown on Tuesday, Darci Lynne on Thursday, Gin Blossoms on Friday and Newsboys United on Saturday. The demolition derby will be at 4 p.m. Sunday.