Steven Lee Oakland passed away unexpectedly on July 8th at the age of 69. He was born and raised in Albert Lea and spent most of his life working in the Albert Lea area. 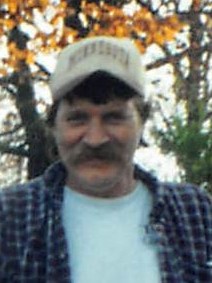 Steve had a passion for duck and pheasant hunting in his younger years. He spent much of his fall hunting on area lakes and on the Family farm near New Richland. He also enjoyed fishing in local lakes and spent many years fishing with his family.

Steve had a twinkle in his eye when talking about his organizing of two barn dances with live Bands at the Family Farm which were attended by dozens of friends. The fun had at these events were talked about for years by family and his many friends.

While in College Steve met Ann Munro who he married in 1978. They later divorced.

Steve during his professional years worked as a City Manager in Zumbrota and Blooming Prairie and contracted with smaller cities in South Central Minnesota. In 1982 Steve moved to Homer Alaska where he worked as the manager of the Elks club. Steve returned to Albert Lea in 1983 where along with his partner Linda Esse worked in construction and home renovation in Albert Lea. Steve loved working with his hands and turning older homes into special places.

Steve had a special place in his heart for his elderly parents LeMoyne and Lucile Oakland whom he took care of for many years assuring that they both could live in the Home they loved as they aged. Lemoyne passed away in 2012 and Lucille passed in 2020.

Steve will now join his parents in their permanent home in Heaven.

He is preceded in death by his parents, LeMoyne and Lucile Oakland.

A private memorial service will be held.