Susan “Sue” Martha Steele was a caring wife, mother, grandmother and friend. She passed away on July 19, 2021 at age 65. 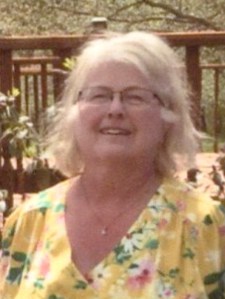 She was born to Verle and Marlene Seipp on July 26, 1955 in Albert Lea. After graduating from Alden-Conger High School with the class of 1973, Sue went on to marry her high school sweetheart, Danny Steele on June 21, 1975 at Redeemer Lutheran Church in Alden. Their marriage was blessed with two sons, Ryan and Chad.

Sue loved spending time in her kitchen preparing meals for her family, tending to her numerous flower gardens and decorating her house for the holidays. When her boys were young, she was active in the 4-H program holding the role of Key Leader and enjoyed teaching pre-school. Later in life, Sue could be found wherever her grandchildren were showing pigs and at any other activity they were involved in. Sue served as the superintendent of Floral Hall at the Freeborn County Fair for many years with the help of Danny. Making sure that Floral Hall was beautiful for fair week was her passion. Sue enjoyed being actively involved as the Treasurer on Church Council as well as being active in WELCA.

She was preceded in death by her father, Verle Seipp; father-in-law, Loren; and mother-in-law, Delores.

A funeral is planned for Friday, July 23, 2021 at 11:00 at Concordia Lutheran Church-Pickerel Lake in Conger. A visitation will be held Thursday evening from 5:00-7:00 PM at Bonnerup Funeral Service in Albert Lea. Visitation will also be one hour prior to the service at the church.