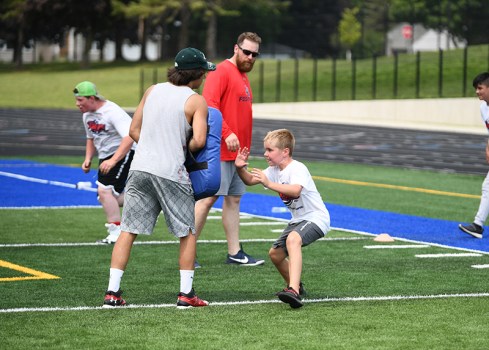 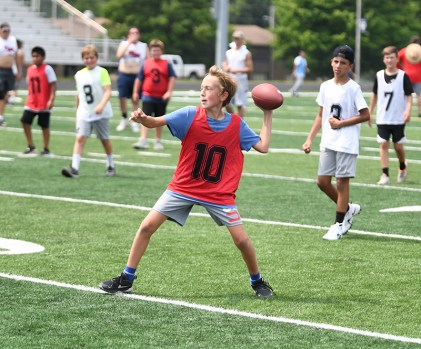 Campers learned some valuable football skills from not only the Tiger football coaching staff, but also the current high school players. Campers were split into two sessions, third through fifth grades in one session, and sixth through eighth in another. Tyler Julson/Albert Lea Tribune 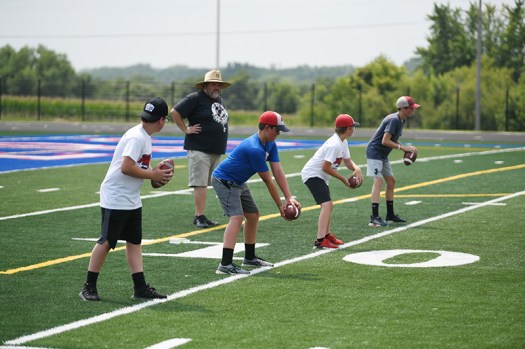 Running Monday, Tuesday and Wednesday, each session was about an hour and a half long and saw campers utilize five different stations where they learned blocking, catching, ball handling skills and more. Each day ended with a game of "Ultimate Football." Tyler Julson/Albert Lea Tribune 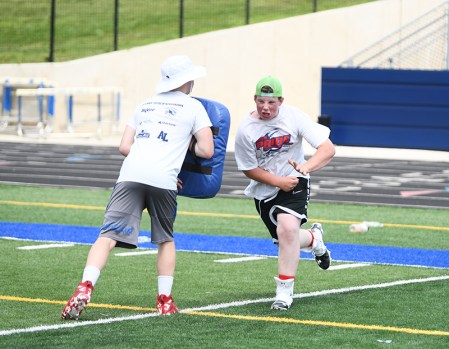 Head coach Paul Dunn said he was hoping for around 50 children to sign up for the camp, but was pleased to have over 75 show up each day. Tyler Julson/Albert Lea Tribune 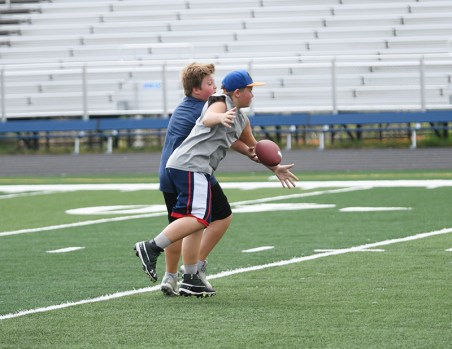 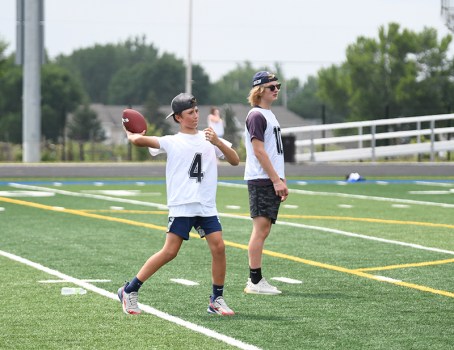 Area youth took to Hammer Field Complex this week to learn the fundamentals of football.