Virgil A. Yost, age 88, of Walters, MN, died Monday, July 12, 2021 at St. John’s the Woodlands in Albert Lea, MN. A Funeral Service will be held 11:00 AM Friday, July 16, 2021 at Mansfield Lutheran Church in rural Alden, MN, with Pastor Don Rose officiating. Visitation will be Thursday, July 15, 2021 from 4:00-7:00PM at Bruss-Heitner Funeral Home in Wells, MN, and will continue one hour prior to the service at the church. Interment will be held at Mansfield Lutheran Cemetery with Military Honors accorded by the Kiester American Legion. Bruss-Heitner Funeral Home in Wells, MN, is entrusted with services. To leave an online condolence, please visit www.brussheitner.com. 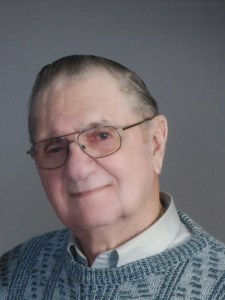 Virgil Albert was born October 1, 1932 to Albert “Ollie” and Ada (Akemann) Yost on the family farm in Kiester Twp., Faribault Co., MN. He was a life-long member of Mansfield Lutheran Church, rural Alden, MN, where he was baptized and confirmed. Virgil attended School District #118 through eighth grade, after which he helped his father on the family farm homesteaded by his grandfather, Fred H. Yost. He served in the U.S. Army from November 29, 1956 through November 21, 1958 and was stationed in Korea for 13 months during that time. He was discharged from the U.S. Army Reserves (standby) on October 31, 1962. Virgil continued farming on the family farm after the death of his parents on April 3, 1959. He was married to Glenda Boettcher on January 7, 1961 at Immanuel Lutheran Church in Kiester, MN. Besides farming, he also hauled milk and cream for the Walters Creamery, shelled corn with Ing Bendickson, and hauled gravel, rock and fill locally for many years. Virgil also had served on the Walters Creamery board and the Kiester Co-op Elevator Board.