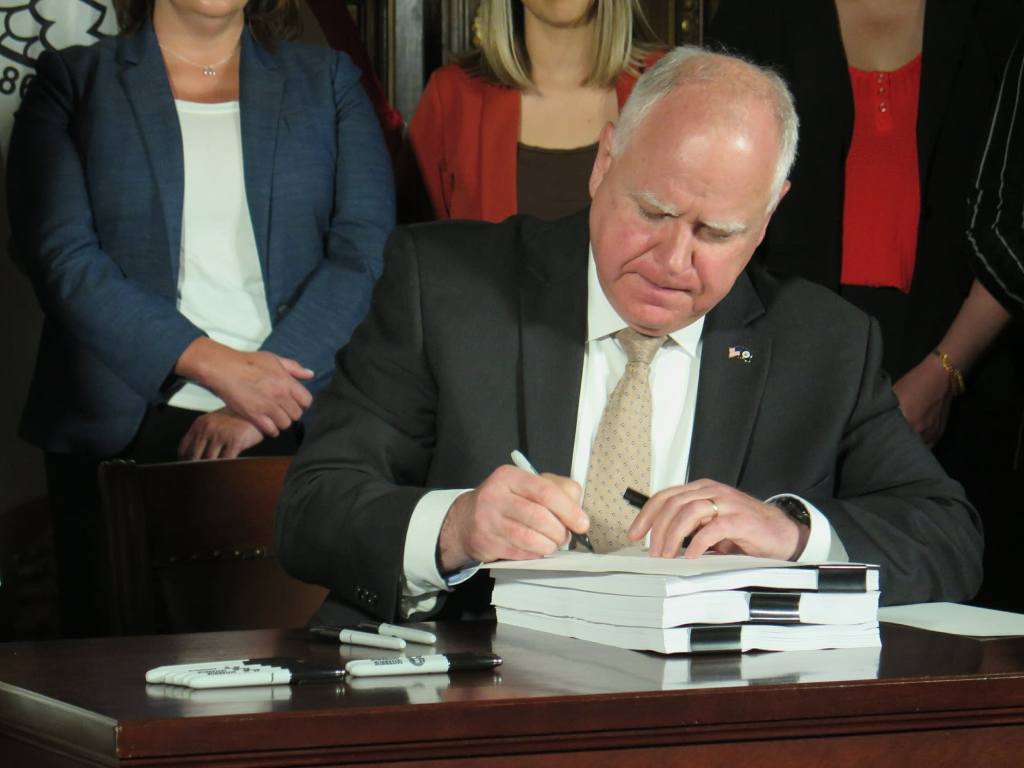 Gov. Tim Walz held a ceremonial bill signing Thursday to highlight all of the spending provisions passed this year related to the state’s COVID-19 recovery.

The spending includes increased funding for public schools, aid to small businesses and an expansion of childcare support. Walz said in a news conference that he is also pleased that essential frontline workers, including health care workers and first responders, will get some financial support.

A panel will recommend how to use the $250 million designated for those workers. Then the legislature will act later this year on the plan.

House Speaker Melissa Hortman, DFL-Brooklyn Park, said she was especially pleased with the increased spending for education and health and human services areas of the budget.

A big influx of federal money helped Minnesota’s divided legislature come through with budget compromises, Hortman said. She said lawmakers knew the federal relief was on the way early in the regular session. But she said the federal guidance on how the money could be spent didn’t come until mid-May.

“It became clear at that point in time that [Senate Majority Leader Paul Gazelka], Gov. Walz and I could reach an agreement where we could accomplish major objectives for Democrats and Republicans,” Hortman said.

Still, it took a special session with lawmakers working right up to the end of the fiscal year to get the job done.

Gazelka was also highlighting special session accomplishments. Gazelka said Wednesday that he was especially pleased with nearly $1 billion in tax cuts and that the legislature voted to end the governor’s peacetime emergency powers, which had been in place for 15 months.

“I’m glad to say we got that done,” Gazelka said.