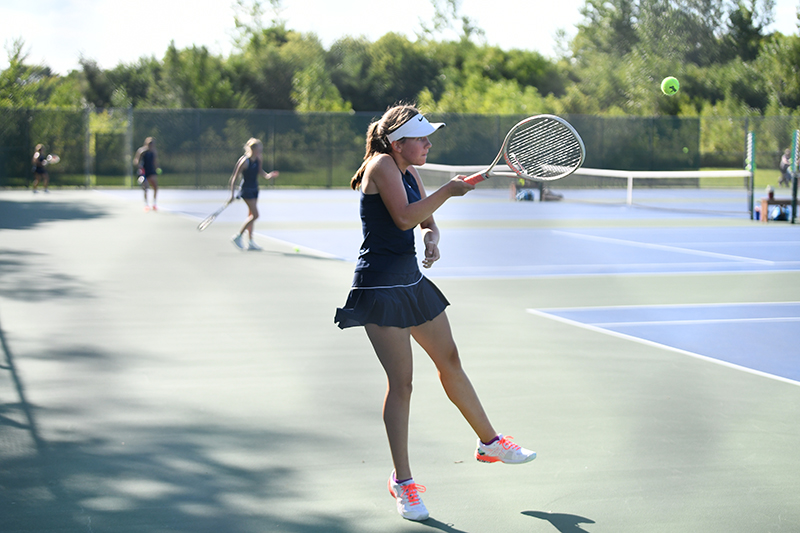 The Tigers got some solid performances from the young players, but ultimately fell to the Huskies 7-0. 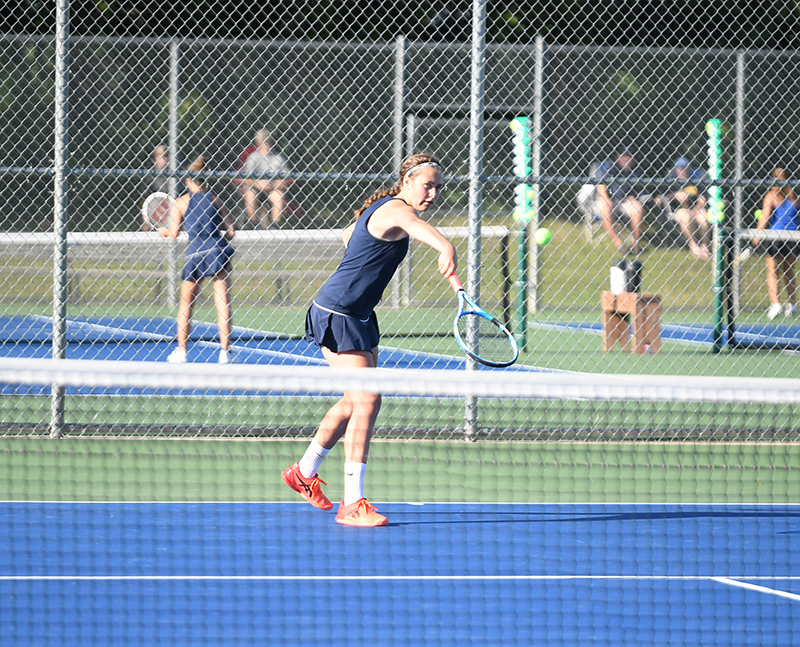 Sophomore Rachel Doppelhammer attempts to hit a soft shot just over the net out of the reach of her Owatonna opponent. The Tigers lost the meet to the Huskies 7-0. Tyler Julson/Albert Lea Tribune

The junior duo in the No. 1 doubles spot, Marissa Hanson and Hannah Willner, were the lone Tigers to force a third set in their match. The pair won the first set 6-3, but lost the second set 6-4, followed by the tiebreaker 10-8.

The matchup marked Vogt’s first appearance in the singles match this season, moving up from playing in two doubles matches a week ago.

The Tigers fall to 0-3 on the season and will be back in action  Thursday when they travel to Rochester to take on the Panthers of Century. Their next home matchup is Tuesday against Waseca.