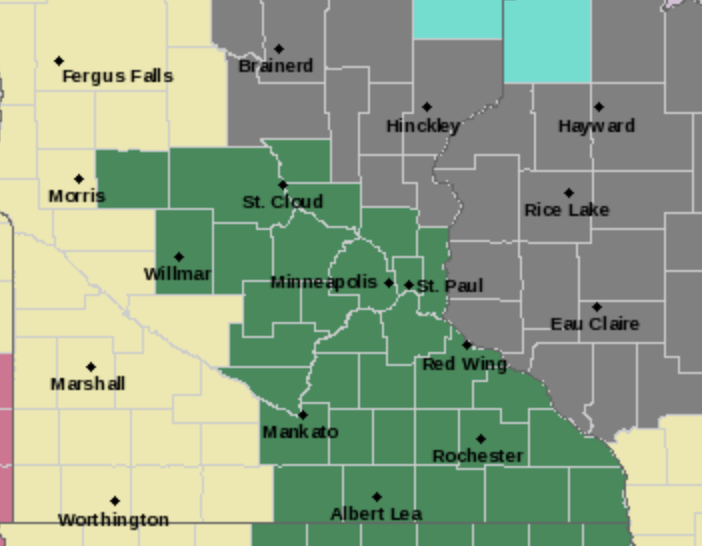 Southern Freeborn County is under a flash flood warning as heavy rain continues to fall.

According to the National Weather Service, between 2 to 3 inches of rain had fallen as of 4 a.m., with expected rainfall of 1 to 3 inches per hour expected.

The remainder of Freeborn County is under a flash flood watch through 7 a.m. Friday.

The Weather Service stated localized rain totals of 5 inches were possible. Flash flooding of small creeks and streams, highways, streets and underpasses, as well as other poor drainage and low-lying areas could occur.

The flood watch is in effect for Blue Earth, Faribault, Freeborn, Steele and Waseca counties.

People should be prepared to take action in the event flash flood warnings are issued.

The watch is currently in effect through 7 a.m. Friday.