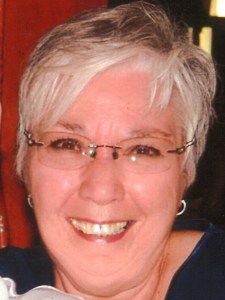 Diane grew up in Easton, MN where she attended Catholic school through the 8th grade, and graduated from Wells Easton School in 1969. She joined the Army in September 1969. During her service to our country, she was a Spec 4 with top secret clearance in Communications. She spent most of her military time in Georgia and Texas. While stationed in Texas, on December 7, 1970, Diane’s world changed. Waiting for a taxi, she was offered a ride by an MP by the name of Dale Franks. It was that day that their story of the next fifty years began. Dale was discharged from the Army on March 3rd, 1971 and they married March 4th, 1971. Diane was discharged in May 1971. They made their first home in Cleveland, Ohio. In the summer of 1972 they moved to Minnesota and welcomed their son, Keith, later that fall.

Diane worked as a cosmetologist for a short time; in later years she continued to enjoy cutting hair informally for her husband, son, and grandsons. She managed a catalog store, owned a bowling alley, and did factory work. Diane embarked on her final career when she was 40 years old. She returned to college and got her degree to be a physical therapy assistant where she spent the remainder of her working career until she retired in 2020. Her entire life was spent serving and helping others.

Diane’s garden was one of her favorite pastimes. Diane and her grandson started planting pumpkins together when he was just a toddler. They enjoyed the fruits of their labor sharing pumpkins with family and friends. She also enjoyed making salsa, sauces, and jams. She was most happy in her kitchen – listening to music and cooking or baking. Diane was known for her generosity with her culinary creations. Her creations brought her, and many others, so much joy.

Diane loved her family. Many holidays and game days/nights were hosted at the Franks home. A good time was ALWAYS had by all! Diane was a wonderful host and the best momma bear around. She beamed with pride when spending time with her family or talking about them. She was truly their biggest fan. Diane also enjoyed golfing with her husband, family and friends.

Diane beat cancer 5 times and never complained. She followed her treatment plans with dignity, grace and a positive attitude. Her standard response was “I’m okay”. Even though her cancer journey took so much, her beautiful soul was untouched. A grateful wife, mother, mother-in-law, grandmother, sister, daughter, aunt and friend. She will be dearly missed.