Guest column: Afghanistan veterans made the Middle East and the world a safer place

The American Legion Department of Minnesota respects the sacrifices made by our Afghanistan veterans and salutes you for your service in an unconventional warzone over the course of 20 years. 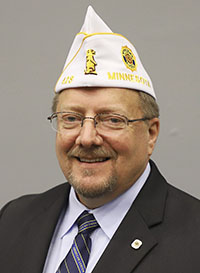 You prevented another 9/11. You brought justice to a lawless land. You gave hope to people who had none. Your service mattered.

We have the same concerns you do for the people of Afghanistan as we watch the tragic withdrawal of American forces and the loss of a democracy to an authoritarian regime.

Will the Taliban’s track record of brutality and murder return? Will girls be denied education? Will women be shut-ins in their own homes? Will free speech be censored? Will liberty and the pursuit of happiness be dashed?

Like you, we do not understand why America is willing to leave troops in some former war-torn nations — Germany, Italy, Japan, Korea, Iraq, Kuwait and even a small contingency near oil fields in Syria — but not Afghanistan.

What’s more, America has troops in other Middle East nations, such as Kazakhstan, Turkey and Bahrain, so it is puzzling why Afghanistan is singled out for abandonment after two decades of commitment by our government.

How would Korean War veterans feel if, next month, America turned the Korean Peninsula over to Communists? How would Iraq War veterans feel if Baghdad was turned over to ISIS? What if we left Eastern Europe and Turkey to Russia? Taiwan to Red China? We cannot discern the economic, political or humanitarian motivation for leaving Afghanistan all of a sudden and allowing a callous enemy to take over.

Veterans of past eras stand with the views of our War in Afghanistan veterans, many of whom lost buddies in combat, and we are glad to see you speak out in news stories nationwide. Tell your stories.

We, too, fail to understand why the withdrawal was not more organized and cautious, with Afghan troops properly fed, paid and led, to ensure the lasting stability of the Afghan government.

At home, the situation surely illustrates the importance of a strong U.S. military for the sake of maintaining American rights. We are reminded again that freedom isn’t free.

We, the veterans of The American Legion, want you, the veterans of the 20-year War in Afghanistan, to know we stand by you. Your courage and selflessness made that country, the Middle East and the world a safer place. We salute you, heroes of the United States of America.

Tom Fernlund is the commander of The American Legion Department of Minnesota.