Michael William Pfeffer (age 72) passed away Sunday, August 15th at Rochester Methodist Hospital surrounded by family and friends. A memorial service will be held at 11 AM on Friday, August 20, 2021 at Bonnerup Funeral Service in Albert Lea. Visitation will be Thursday evening from 4-7 PM at Bonnerup Funeral Service and one hour prior to the service on Friday at the funeral home. 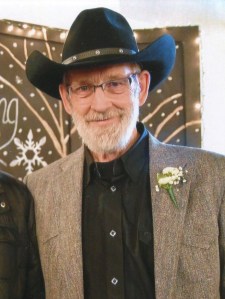 Mike was born in Mankato, MN on February 25th, 1949, to Paul and Catherine Pfeffer. He was a graduate of Waldorf Pemberton High School. On December 24th, 1968, he married Susan “Sue” Besser of New Richland, and they were happily married for 52 years. Together they raised two children, James “Jim” and Jill. Mike served his country in the U.S. Army from February 1969 to January 1971. He was a member of Post 75 (New Richland) for 39 years, filling roles of Post Commander, Color Guard, and Post Drill Team.

A large part of Mike’s life was devoted to driving trucks: a feed mill truck with his dad, an Army Transportation Unit in Germany, a New Richland Co-op feed truck, a semi-truck with Ray Routh & Sons, and finally owning and operating an 18-wheeler that he drove over the road for years. Mike finished his career at Freeborn County Co-op as a senior petroleum salesman and pump master, where he logged 26 years of hard work. The “gas man” was well loved by his customers who were known to set Mike a place at the dinner table when he delivered fuel.

In his free time, he shared his passion of welding with his family through homemade ironworks and fixing the grandkids’ go-kart. Mike was proud of his family, never missing a birthday or a chance to share their achievements. Those who were close to Mike will also remember him for his love of “gabbing,” a good joke, driving truck, and Sue’s cooking.