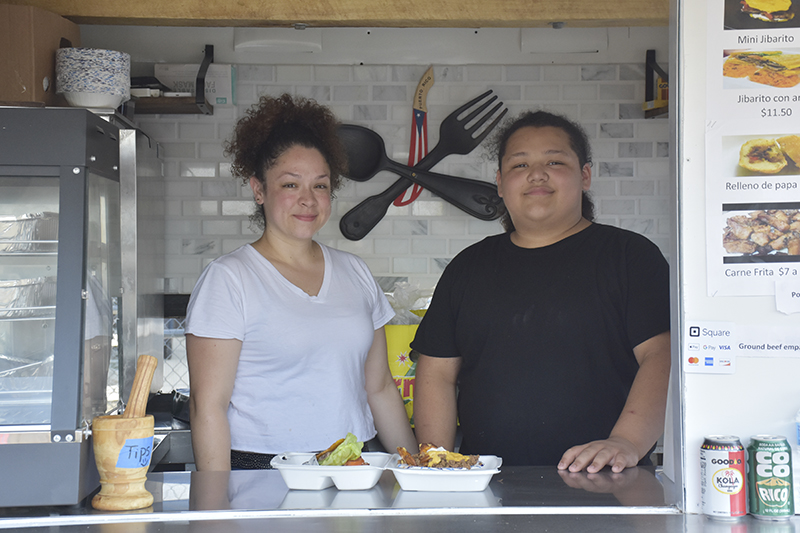 Visitors to the Mower and Freeborn County fairs this month might have noticed a new food vendor: a small, blue trailer amidst the larger and more colorful fair dining options. Its menu is small, but it is unlike any other you could find at the fair, offering hungry fair goers an opportunity to try Puerto Rican food.

Its name is La Borinqua, and to say it’s new is an understatement. According to owner Amanda Velazquez, the Albert Lea-based La Borinqua held its grand opening at the Freeborn County Fair on Aug. 4.

“For right now, we’re just going to do the food truck,” Velazquez said. “We want to get people to know our food and enjoy it. Our menu is a little small right now; there is so much more I could add to it, but I don’t want to overwhelm everyone. Little by little, we’ll add more things, depending on how the customer base forms and how they like stuff.”

Velazquez has a background in the business end of the food industry, but opened La Borinqua to follow her real passion: cooking.

“I love to cook,” she said. “I have a big family, my husband has a huge family, and if I’m upset or overwhelmed, I go to the kitchen and come up with new ideas.” 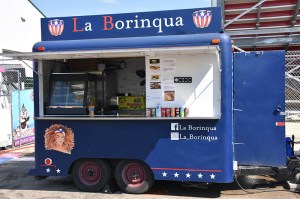 La Borinqua is made its first appearances at the Freeborn and Mower county fairs this month. Mike Stoll/Albert Lea Tribune

One such idea that stemmed from a bad day was a one-of-a-kind offering you can’t find anywhere else: plantain nachos. While containing nacho staples such as seasoned ground beef, nacho cheese, and sour cream, La Borinqua’s nachos replace the tortilla chips with thinly sliced fried plantain chips, giving a little sweet to the savory.

Since opening, Velazquez said the plantain nachos have drawn the attention of younger crowds.

“I haven’t found (plantain nachos) anywhere else,” she said. “You can google them, but you won’t find them.”

But the star of Velazquez’s menu is the jibarito, a steak sandwich with lettuce, tomato, cheese, and a little bit of minced garlic. But it’s not your ordinary sandwich; the jibarito is served between two thin pieces of plantains instead of bread.

“(The jibarito) is a poor man’s meal,” Velazquez said, noting that in the poorest parts of Puerto Rico, locals utilize plantains since bread is too expensive.

“You won’t find (jibaritos) in places like San Juan; you have to really go into the island,” Velazquez said.

One of the driving forces behind getting La Borinqua was Velazquez’s late father-in-law.

“My father-in-law, may he rest in peace, helped me with a lot of these recipes,” Velazquez said. “When he was alive, we came up with some of these. He’s the one who told me he really wanted to open. After he passed away, I realized that this is what made me happy. I did a few twists of my own and we brought it to life.”

Her father-in-law was also responsible for the name.

“’Borinqua’ is what you call a Puerto Rican,” Velazquez explained. “My father-in-law spoke about it, and it was something he really liked, so I stuck with the name.”

Velazquez hopes to grow the business to a permanent location, but nothing too big.

“We wanted to start small, but hopefully if everything goes well, I would like a hole-in-the-wall restaurant,” she said. “Small and simple is the way I like to go.”

La Borinqua can be booked for events, such as corporate events and weddings. For those looking to try La Borinqua, you can follow them for updates on the La Borinqua Facebook page or on Instagram at La_Borinqua.

“Come try the food; the food speaks for itself,”Velazquez said. “It might be a little teenie-weenie food truck, but it has a lot of spice.”