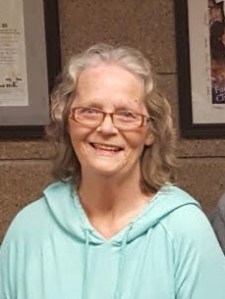 Burial of cremains will be held in Ellington Township Cemetery, rural Forest City, Iowa at a later date.

In lieu of flowers, memorials may be directed to the Paula Gaines memorial fund in care of the family.

Paula was born January 23, 1957 to Milton and Dorothy (Hurst) Monson in Forest City, IA. Paula graduated from Jefferson High school in Jefferson, South Dakota. After graduating Paula returned to the Forest City area. Paula was united in marriage to Terry Book in March 1975 and to this union 3 daughters were born. They later divorced in 1993. Paula married Bill Gaines in 2007, he was there holding her hand through good times and tough times and until she took her final breath. Paula worked at Farmstead/Farmland for many years, Winnebago Industries, and Hormel Foods where she retired from in 2007. Paula found much joy taking trips up north where her and Bill would go for several years. Paula loved fishing and how peaceful it was up there. Paula also enjoyed spending her time taking care of the many animals on their little farm in Glenville. She had chickens and sold the eggs, she took care of the peacocks, guineas, turkeys, and ducks. Paula also enjoyed entering giveaway contest on the internet and playing the lottery she was usually a lucky lady. She enjoyed the times she spent with her family and will be dearly missed by all who knew and loved her.