Splash pad opens to the public at church in Clarks Grove 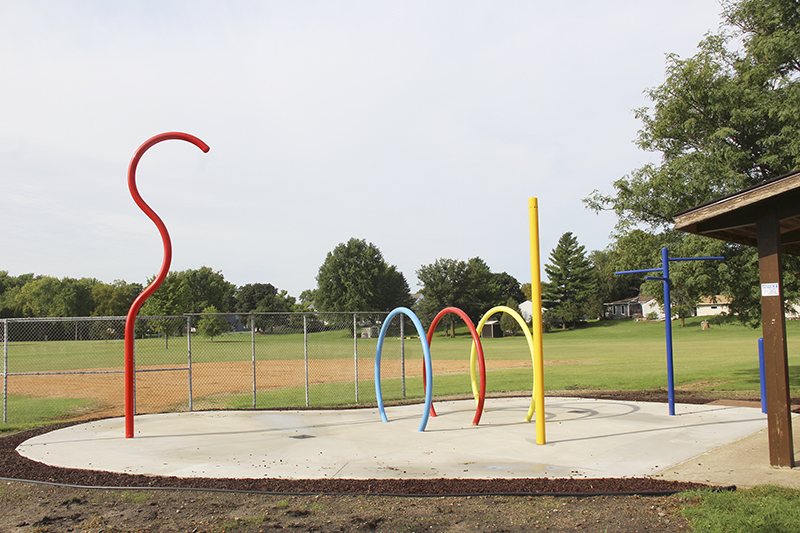 The splash pad next to First Baptist Church in Clarks Grove opened to the public on Sunday. Sarah Stultz/Albert Lea Tribune

CLARKS GROVE — Children in the Clarks Grove community now have a new way to enjoy the warmer months.

On Sunday, a new splash pad opened adjacent to First Baptist Church that will be open to the public.

The pad was made possible through the church, a longtime member who left money to the church after her death, and the city of Clarks Grove.

Jamie Cameron, pastor of the church, said the church members had a vision to build the splash pad years ago.

The church already had several pieces of playground equipment for the community to use on its property, and they thought the splash pad would be a good addition, especially for children to use during the church’s summer community day program, which lasts for 10 weeks, he said. 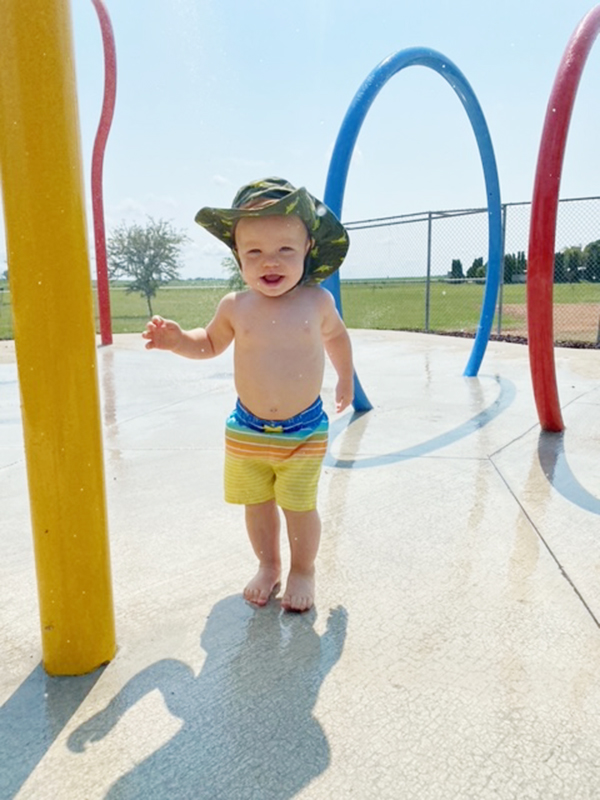 Cameron said at one point about seven or eight years ago, the church had a fundraiser for the splash pad but didn’t raise enough money to complete the project.

Then, about two years ago, longtime church member Nancy TaBelle left some money to the church after her death, and Cameron said the church leadership decided to use some of the funds to complete the project.

The city of Clarks Grove contributed a quarter of the cost of the project and will be paying the ongoing cost of the water, and Landmark Concrete also donated to the project.

“The community got involved and really saw the value of it,” he said.

The splash pad has a button for children or parents to press that activates the jets. The jets cycle through the various apparatus for eight minutes before the button has to be pushed again.

“The kids love to keep chasing it around,” he said.

Cameron said the church hosted a ceremony Sunday to thank everyone for their support and then to officially open the pad to families.

“It makes a nice addition to the area,” he said. “We wanted to do it for the community — to add to the playground experience.”

He noted there are also many young families in the community right now.