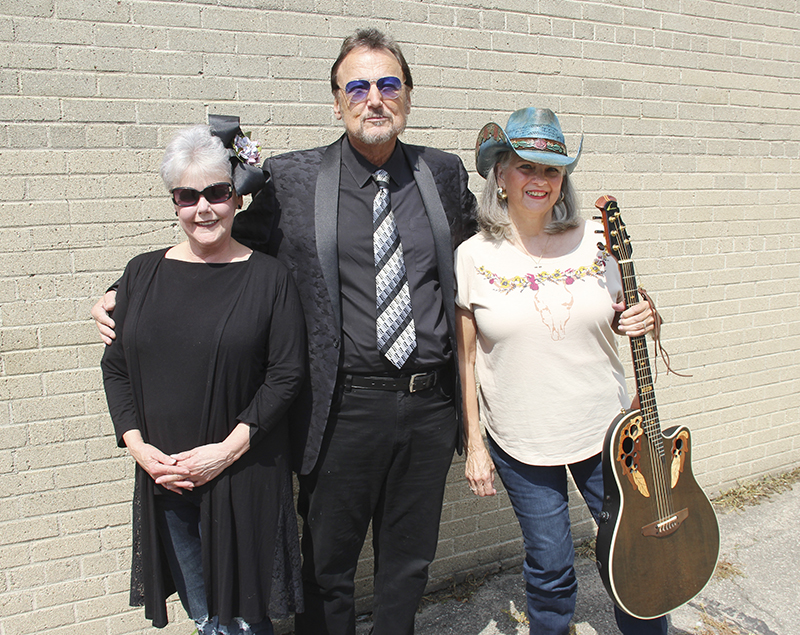 Classic country music artists from south-central Minnesota will come together Aug. 21 at the Marion Ross Performing Arts Center for a show with award-winning DC Drifters from Austin.

The DC Drifters, who have been touring since 1963, received the Lifetime Achievement Award in 2006 from the Midwest Country and Rock ’n’ Roll Music Hall of Fame. Charnecki, the lead singer and guitarist, has worked with many artists over the years, including Chuck Berry, Elvis Presley’s band, Fabian, Tommy Roe, the Coasters, Herman Hermits, the Shirelles, Chubby Checker and others.

Charnecki said the group has done several shows at the Marion Ross Performing Arts Center in Albert Lea each year for the last 10 or 15 years, and this year the group will be performing three shows.

He said he wanted to have the upcoming show be country-themed and invite country music artists from Albert Lea and the surrounding area, who have all been performing for many years.

Artists who plan to attend come from Albert Lea, Wells, Austin, Fairmont and Mankato, to name a few.

Nordland, one of the singers from Austin, played in various bands in the 1970s and won several titles, including Miss Austin Universe, Miss Minnesota of Country Music and Top Female Vocalist of Minnesota.

She said she started out with Charnecki and his band and has also been a part of T-Bone Hayes, Blue Rose and Branch Water.

Christianson, of Albert Lea, said she met Nordland about a week ago and she has enjoyed getting to know her and other musicians.

“Music’s a family whenever you start talking,” Christianson said.

“Music has been a staple for me,” she said. “Anybody that loves music, it becomes who they are.”

She has also sung with the DC Drifters, Country Boys Band, Thunder Rose and currently is part of the Northwestern Singers.

Charnecki said Kelly, who was part of Hee-Haws, will be coming down from Winsted to play this show. All of the singers bring with them a wealth of experience

Charnecki, Christianson and Nordland said people can expect the type of music that made country music what it is, including everything from Patsy Cline and Emmylou Harris to Don Gibson and Hank Williams. There will be traditional country music, bluegrass and some gospel, too.

More info.: Tickets can be purchased online at www.actonbroadway.com, by calling 877-730-3144 or at the Marion Ross Performing Arts Center box office. Tickets can also be purchased from 3:30 to 5:30 p.m. the Thursday before.