Funeral services for Cecilia “Cela” Winjum will be held at 2 pm on Saturday, September 18, 2021 at Bayview Freeborn Funeral Home, Albert Lea. Fr. Kurt Farrell will officiate. Visitation will be held one hour prior to the service at the funeral home. Interment will be at Calvary Cemetery, Austin, Minnesota. 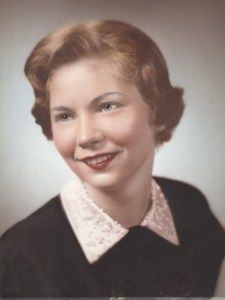 Cecilia Carey was born March 22, 1936 at Austin, Minnesota to parents Horace Grant Carey and Cecelia Thome Carey. She was a graduate of Pacelli High School.

She married Thomas Winjum on March 7, 1959 at Northwood, Iowa. The couple made their home in Albert Lea where their three daughters were born.

Over the years, Cecilia held various nursing assistant jobs in the area. She was a member of St. Theodore’s Church.

The family wishes to offer a special word of thanks to the staff at Northfield Care Center for their exceptional care.

Arrangements have been entrusted to Bayview Freeborn Funeral Home of Albert Lea. Online condolences are welcome at www.bayviewfuneral.com.