Edwin “Jim” Gerhardt Louis Zabel, age 91 of Albert Lea, MN, died on  Wednesday, September 22, 2021. Visitation on Thursday, September 30, from 5pm – 7pm at Bayview/Freeborn Funeral Home in Albert Lea. A private funeral service for family on Saturday, October 2, 2021. lnterment will be at the Graceland Cemetery in Albert Lea. Bayview/Freeborn Funeral Home in Albert Lea is handling arrangements. Online condolences may be left at www.bayviewfuneral.com. Edwin was born on October 8, 1929, in Waseca, Minnesota, the son of Edwin A and Martha (Wendt) Zabel. Edwin served in the army from 1954-1956. Edwin was united in marriage to Joan Strong on December 31, 1954 in Minnesota Lake, MN. They had 3 children, James, Luann (died as infant) and Frank. 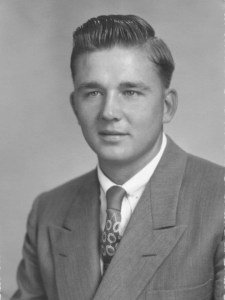 Edwin was a member of Grace Lutheran Church in Albert Lea.

Edwin worked at Wilson Co. in Albert Lea for 27 years and farmed. After retiring Ed and Joan enjoyed traveling