Explosion leads to blaze that destroys house in rural Freeborn 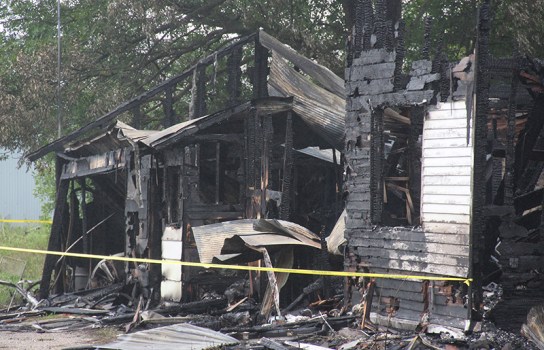 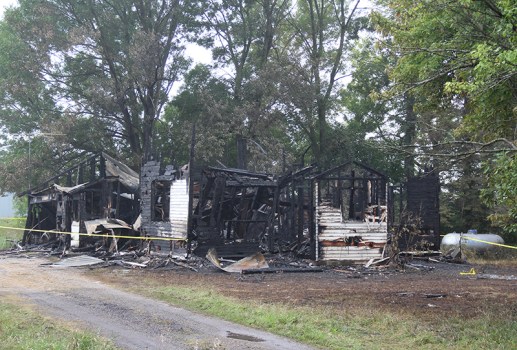 Authorities believe an explosion in a furnace led to a fire that destroyed this house Thursday afternoon. Sarah Stultz/Albert Lea Tribune

FREEBORN — A rural Freeborn couple is without a home after a fire destroyed their house Thursday afternoon.

According to the Freeborn County Sheriff’s Office, authorities were dispatched at 3:10 p.m. Thursday to a house that was fully engulfed in fire at 66883 255th St., Alden.

When Sheriff’s Office deputies and the Freeborn Fire Department arrived, the house was completely engulfed, and the owners, Dennis and Francis Gulbertson, 71 and 68, respectively, were outside of the house.

Dennis Gulbertson sustained a cut to his arm and a blister to his foot, and his hair, beard and eyebrows were singed. He was treated at the scene but was not taken into the hospital. Francis Gulbertson was not injured.

The Sheriff’s Office stated after investigation with the State Fire Marshal’s Office on Friday, the cause of the fire is believed to be an explosion inside the furnace.

The Freeborn Fire Department was assisted at the scene by the Alden, Manchester, Clarks Grove and Hartland fire departments and Freeborn Ambulance.