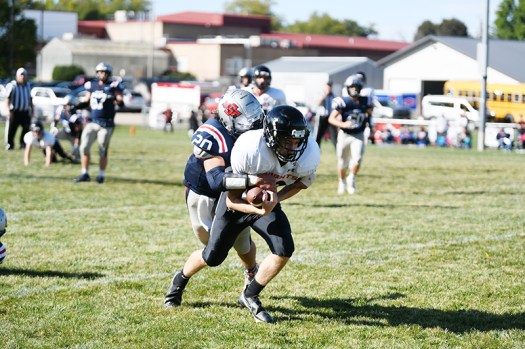 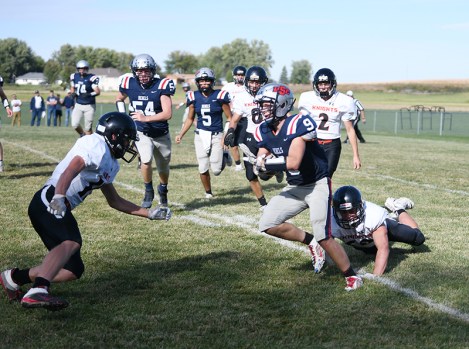 United South Central junior Brendan Drescher prepares to take a hit against an Alden-Conger/Glenville-Emmons defensmen Saturday in Alden. Drescher had 10 carries for 65 yards in the victory. Tyler Julson/Albert Lea Tribune 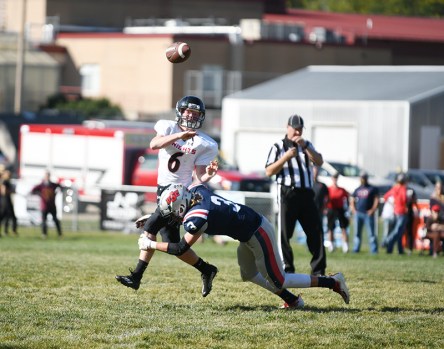 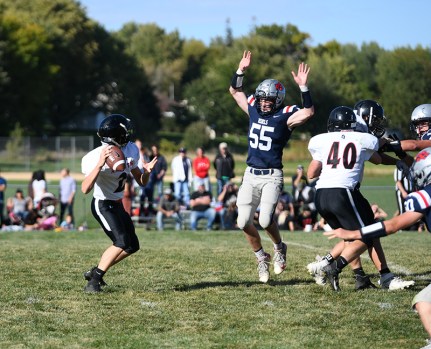 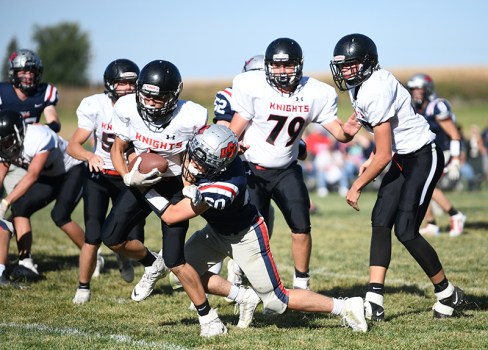 Alden-Conger/Glenville-Emmons took on United South Central Saturday afternoon in the culminating event of Alden-Conger’s Homecoming week. The Knights fell to the Rebels 55-0. Here are the stats from the game: