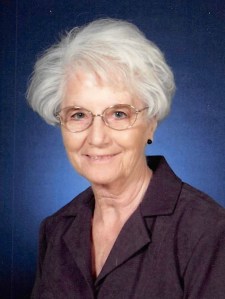 Gloris was born on May 15, 1939 in Lake Mills, Iowa, the youngest of five children of George and Ingeborg (Anderson) Trytten. The family were long-time residents of Albert Lea. Gloria graduated from Albert Lea High School.

Gloria worked at J.C. Penney in Albert Lea and devoted much of her time to her home, her husband, children, grandchildren, and extended family. Gloria and Dean together enjoyed watching football, camping, boating, and travel. She was a long-time member of our Saviors Lutheran Church in Albert Lea where she was baptized, confirmed, and married. Gloria and Dean retired to Bradenton, Florida, in 1996 where Gloria volunteered at Blake Hospital. After returning to Minnesota in 2004, they settled in Alden where they were both instrumental in the revitalization of the Alden museum. Gloria continued her volunteer work late into her life at Apple Valley Villa and Apple valley Medical Center.

Memorial Service 11:00 AM, Monday, October 4, 2021 at Bonnerup Funeral Home, Albert Lea, MN with visitation beginning at 10:00 AM. Burial will be at Hillcrest Cemetery, Albert Lea, MN.