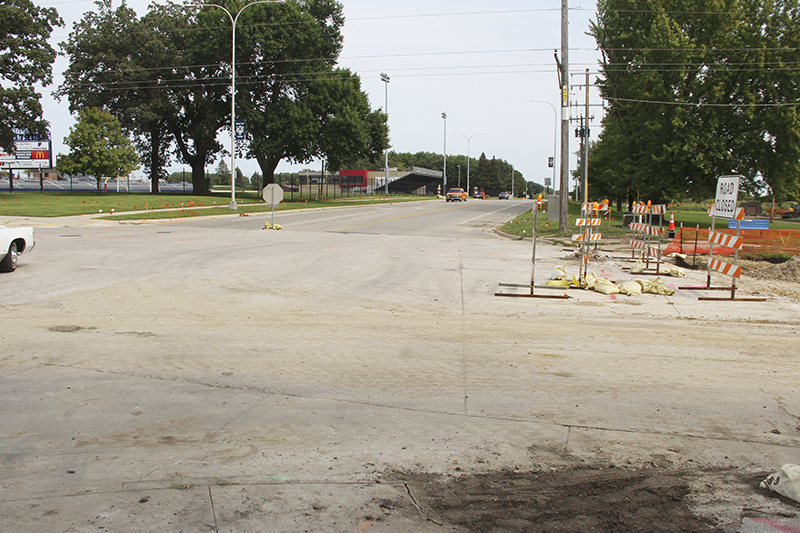 The intersection of Bridge Avenue and Hammer Road will close on Tuesday for construction. Sarah Stultz/Albert Lea Tribune

The intersection of Bridge Avenue and Hammer Road will close on Tuesday for seven weeks as crews work to complete the final stretch of reconstruction on Bridge Avenue.

Freeborn County Highway Engineer Phil Wacholz said the closure will have a major impact on traffic, especially to Albert Lea High School; however, once the stretch is completed, Bridge Avenue will again be opened.

School traffic on Tuesday must use the detour route or East Main Street to access the high school, he said. Motorists should not use Greenwood and Hammer Road from the west. 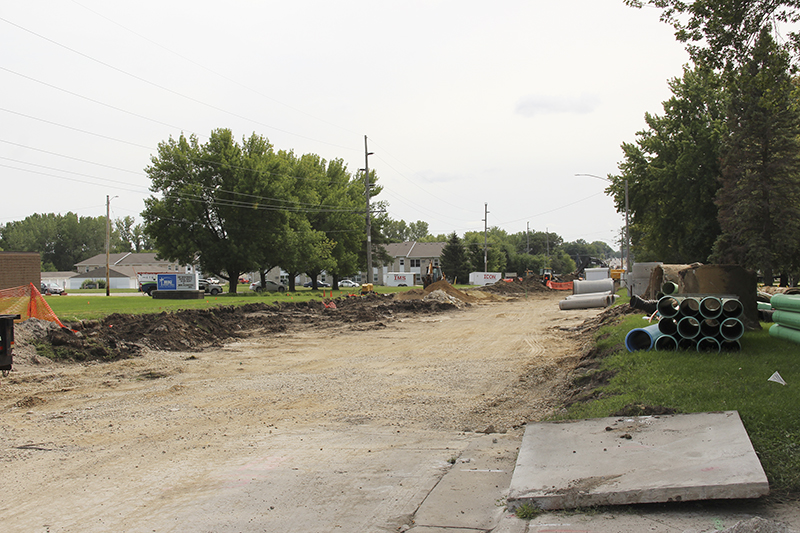 Wacholz said starting Tuesday no traffic will be able to travel through the Hammer Road intersection in any direction. Work in the intersection will include the same sewer, water, storm sewer and road work, as well as construction of the traffic signals.

The intersection is tentatively slated to reopen in late October.

A new detour route will be set up routing traffic from Richway Drive to Plaza Street, and he said traffic is not allowed to cut through the residential areas of Greenwood, Hammer Road, Harmony Avenue and Grand Avenue. These roads will be marked for local traffic only.

He said he is thankful for how understanding the community and the residents who live along the corridor have been throughout the project.

“This project is the culmination of many years of planning and design effort led by past Freeborn County Engineer Sue Miller and present Albert Lea City Engineer Steven Jahnke,” Wacholz said. “The project has been a challenge on many levels. It has taken the county, city, Ulland Brothers and SRF Consulting group all working together to bring us to this point. It has been a true team effort.”

The final lift of bituminous will be in 2022.