James Wilbur Gustafson, 96, of Albert Lea, passed away peacefully September 8, 2021. “Gus” as he was affectionately known was a football coaching legend at Albert Lea High School (ALHS), where his name is enshrined as Jim Gustafson Field. Gus was born near International Falls but grew up in Grand Forks ND. He was a star football and basketball player in high school and at UND, where he graduated with a master’s in teaching after serving in the Marine Corps during WW II. In 1949 he met and married the love of his life, Elizabeth Knudsen. Before Albert Lea, Gus taught and coached in Kenmare ND, Mahnomen MN, and Detroit Lakes MN. At Albert Lea, Gus entered the Minnesota High School Football Coaches Hall of Fame for leading his teams to five Big Nine Championships and three State Championships by winning 46 of 48 consecutive games including an undefeated stretch of 27 games. Gus was ALHS athletic director from 1963-1984 and championed inclusion of women’s sports in the athletic program. He was inducted into the Minnesota High School Athletic Directors Hall of Fame in 2004. 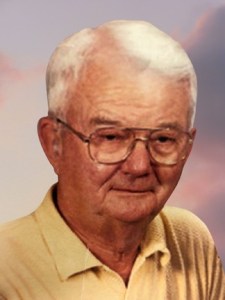 Gus was preceded in death by his wife of 58 years, his son Jay Gustafson, daughter Susan Price, grandson Danny Price, and siblings Jack and Margaret. He is survived by daughters Karen Kramer (Andy) and Nancy Doherty (John), grandchildren Morgan (Sam) Daigle, Max (Erin) Lent, Katie and Jake Doherty, Matt Gustafson, and great-grandchild Penelope Lent, as well as nieces and nephews. Gus will be interred at a private ceremony with a future public memorial service. Online condolences are welcome at www.bonnerupfuneralservice.com.