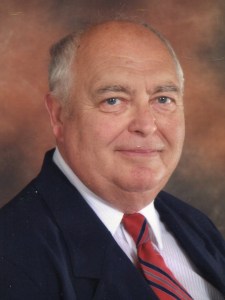 Keith was a man who wore many hats. He served his country in the US Navy, actively serving in the Korean War. After moving the family back to Albert Lea from St. Paul, he started Porter Beverage Company and had his best employee being his brother, Loren. Then went on to purchase the Lamplighter Lounge in Buffalo Center, IA. His next adventure was with his buddy, Jack Swanson, they owned Tom’s Palace Bar on William St., later named The Zoo. He moved on to his next endeavor of starting Porter Sanitation with his business partner Randy Tuchtenhagen, proudly boasting the job title of “Professional Licensed Refuse Removal Expert.” After selling that, he started Albert Lea Picnic Table Company and purchased Albert Lea Fire and Safety, with the job title of “Fire Retardant Inspector and Recharger” (he checked fire extinguishers.) Keith held a variety of other jobs including driving trucks for Interstate Motors, mentoring for Lutheran Social Services, driving fellow Veterans to their medical appointments, and running for a few different political offices. He held the Freeborn County Commissioner seat for District 3 for eight years.

Keith devoted much of his time to many services and organizations in Albert Lea. He was a life member of the VFW, Am Vets and the American Legion. He also served Moose, Eagles, Elks and the KC club.

Keith and his wife Dorothy enjoyed singing karaoke at nursing homes in the area, spending the weekends going to garage sales to find treasures and antiques to display in his Porter Museum. He was especially proud of his vast collection of signs and license plates.

Our family and friends will always carry fond memories of the grandkids and great-grandkids learning to swim, pool parties and the many gatherings at the Porter Ranch.