Kristin Mary (Sether) Ogren passed away peacefully at home in Seattle. She was born in Albert Lea, MN to Russell and Virginia (Hill) Sether and grew up living on Fountain Lake which deeply influenced her love of nature. She started dating her future husband, Tom Ogren, as a sophomore in high school. She graduated from the University of Minnesota in Occupational Therapy in 1966, married Tom several months later and spent the first two years of marriage in Norfolk, VA. Tom was reassigned to the Sand Point naval station in Seattle in 1969 and there they set up the home where they raised their family. They joined University Presbyterian Church in 1970 which provided lasting community and fellowship. They had two children, Karin and Erik (Norma). Their four grandchildren, Quinnan, Corey, Ryan and Clara, were the joy of Kristin’s life. She is survived by her sisters JoAnne and Lisa. 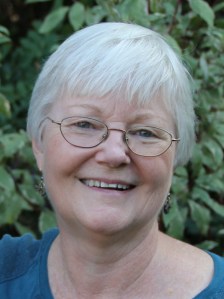 Kristin had a long career in psychiatry. She took a break to raise her children, then returned to the field at Overlake Hospital’s in-patient psychiatry unit for 16 years, went back to school for her Master’s in Mental Health Counseling at Seattle University and finished her career at the Seattle VA as both a psychiatric OT and mental health therapist. Kristin was a clinical faculty member at the University of Washington’s Department of Rehabilitation for 15 years.

During her career she worked with some of society’s most vulnerable members: from chronically mentally ill people to combat veterans suffering from PTSD to people who saw no reason to continue living. Kristin provided a safe haven for her clients to heal from trauma and create a new life worth living.

In retirement she served as a volunteer tutor to refugees, coaching them in English and citizenship, and teaching them how to bake cookies and drive.

Throughout her life, Kristin found contentment in nature and passed that love of nature on to her children and grandchildren.

Kristin’s life was one well-lived and will be celebrated on October 13 at 2PM at the University of Washington’s Center for Urban Horticulture. In lieu of flowers, please consider a gift in Kristin’s honor to the food bank of your choice.