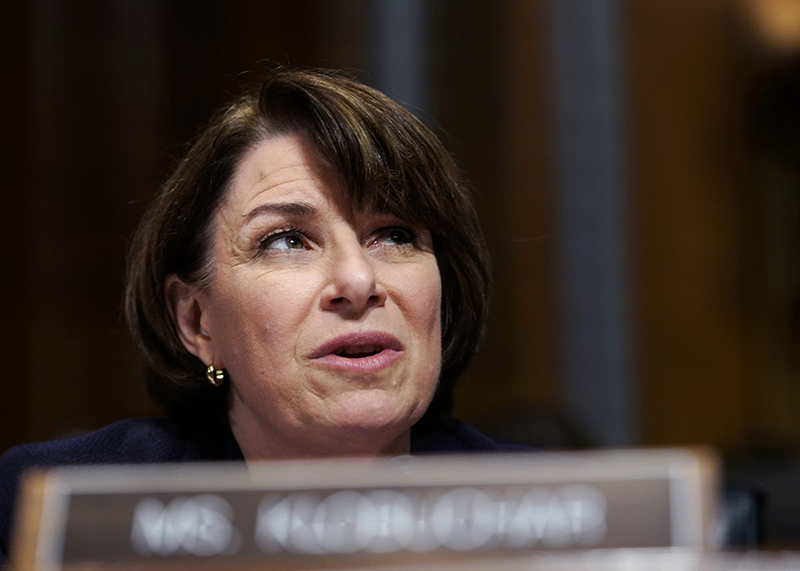 MINNEAPOLIS — Minnesota Sen. Amy Klobuchar announced Thursday that she has been treated for breast cancer that was found in February and the treatment “went well.”

Klobuchar, 61, tweeted that the cancer was detected during a routine mammogram, and eventually she had a lumpectomy to remove the cancer. She said she completed radiation treatment in May, and a checkup in August found she was doing well.

Klobuchar is early in her third term. She was first elected in 2006 and easily won reelection twice against little-known opponents.

For Democrats, Klobuchar’s health update was a fresh reminder of their fragile hold on the Senate, which they control by a single vote. Klobuchar’s announcement made no explicit statement on her future, but said the cancer “gave me renewed purpose to my work.”

Klobuchar said her cancer was stage 1A, meaning it had not spread beyond the breast. She said she felt fortunate to have caught it early because she had delayed her mammogram because of the pandemic. She urged Americans not to delay health screenings.

Klobuchar ran for president in 2020 but eventually dropped out before the Democratic convention. She long cultivated an image as a Democrat willing to work across the aisle with Republicans, an effort the GOP and some progressives often dismissed as built on smaller issues.

More recently, she has chaired the congressional committee looking into the Jan. 6 insurrection at the Capitol.