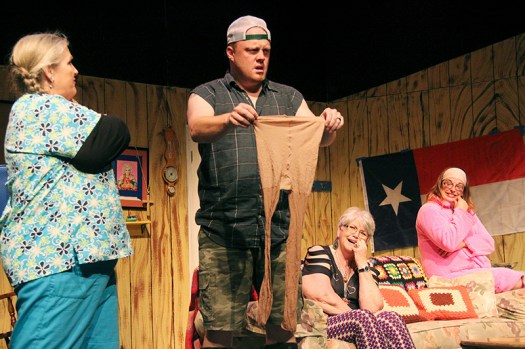 Aaron McVicker, playing Norwayne "Baby" Crumpler, reacts after hearing he is going to be entered into a womanless beauty pageant in a scene in "Doublewide, Texas." The production is part of Albert Lea Community Theatre's newest season and begins on Thursday. Sarah Stultz/Albert Lea Tribune 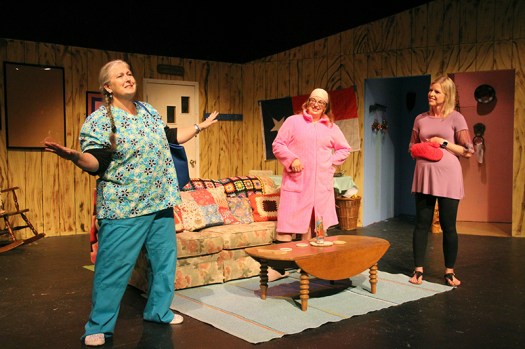 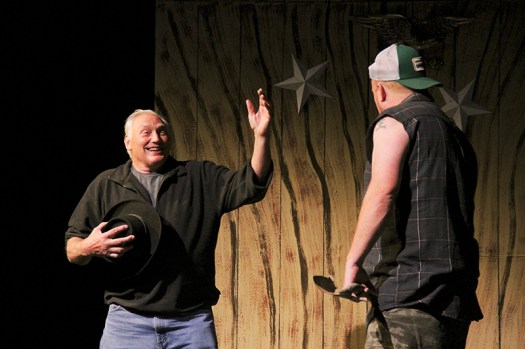 Haywood Sloggett, played by Michael Compton, complains to Norwayne "Baby" Crumpler, played by Aaron McVicker, about some of the things happening at the trailer park near his property. Sarah Stultz/Albert Lea Tribune 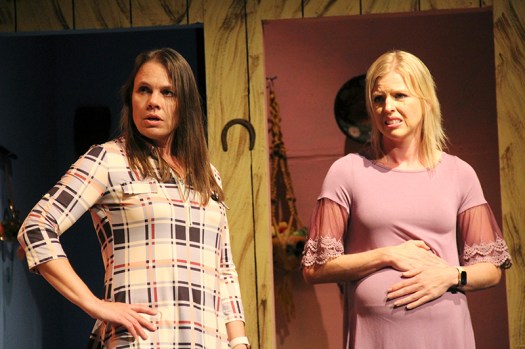 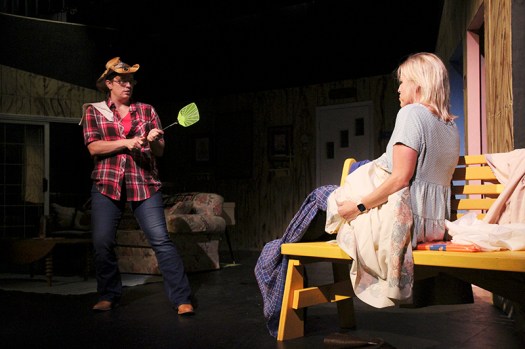 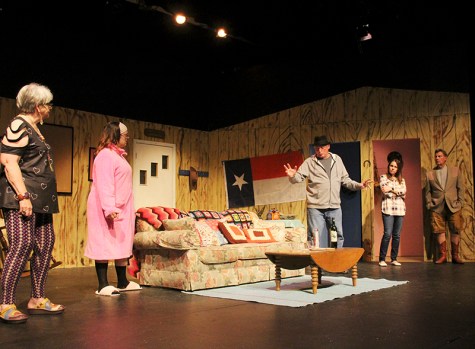 Haywood Sloggett, played by Michael Compton, announces that the City Council is going to consider annexing the trailer park into the city in "Doublewide, Texas." Sarah Stultz/Albert Lea Tribune

ACT returns to the stage with fast-paced comedy

When Albert Lea Community Theatre actors first started reviewing “Doublewide, Texas” a year and a half ago, they had only made it through their first rehearsal before the COVID-19 pandemic came into the picture and the play was called off.

Now, as the community theater group prepares to kick off its 56th season — and its first play since the start of the pandemic — actors are excited to return to the stage with the fast-paced comedy.

“It’s finally here, and we are so happy that we are able to do it,” said director Brian Mattson before a rehearsal on Thursday.

Mattson said most of the cast from a year and a half ago is returning, though there are a few new members, as well.

The play centers around the inhabitants of one of the smallest trailer parks in Texas, who are thrown for a loop when they realize the nearby town of Tugaloo is determined to annex them. The mayhem escalates as the residents attempt to secede from Texas.

“People just need to laugh right now,” said Mattson, who has previously directed plays including “The Mouse Trap,” “Nana’s Naughty Knickers” and “A Dickens’ Christmas Carol: A Traveling Travesty in Two Tumultuous Acts.” “It’s been a long year and a half, and it’s good to laugh and have fun.”

Mattson said the cast started rehearsing Aug. 18, and all have performed at least one play before.

“The cast has really been looking forward to performing in front of an audience again,” he said, noting that they are all doing well with their Texas accents.

Tickets to the show are $15 for adults and $10 for students. Tickets may be purchased over the phone by calling 1-877-730-3144 (service fees apply), online at actonbroadway.com or at the box office. Tickets also are available at the Albert Lea Convention & Visitors Bureau. ACT season tickets can be purchased until Oct. 2. More information on tickets and box office hours is on the ACT website.

This play will debut a new Hearing Loop system recently purchased by ACT and installed in the theater auditorium at the Marion Ross Performing Arts Center. This system is for audience members who are hard of hearing. To use this technology, you must have a hearing aid or cochlear implant that is equipped with a telecoil program.