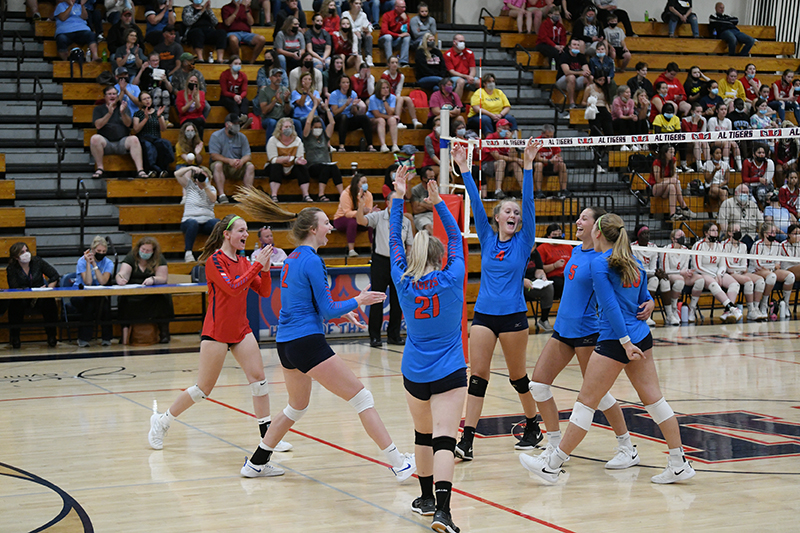 The Albert Lea Tigers celebrate after a big point in the match Tuesday against Austin. The Tigers beat the Packers in straight sets, 25-15, 25-18, 25-13. Tyler Julson/Albert Lea Tribune

The Tigers played nearly mistake-free volleyball and used a lot of powerful kills at the net to ultimately defeat the Packers in straight sets, 3-0.

Albert Lea dominated in the first set, jumping out to a quick lead and never surrendering it through the rest of play. 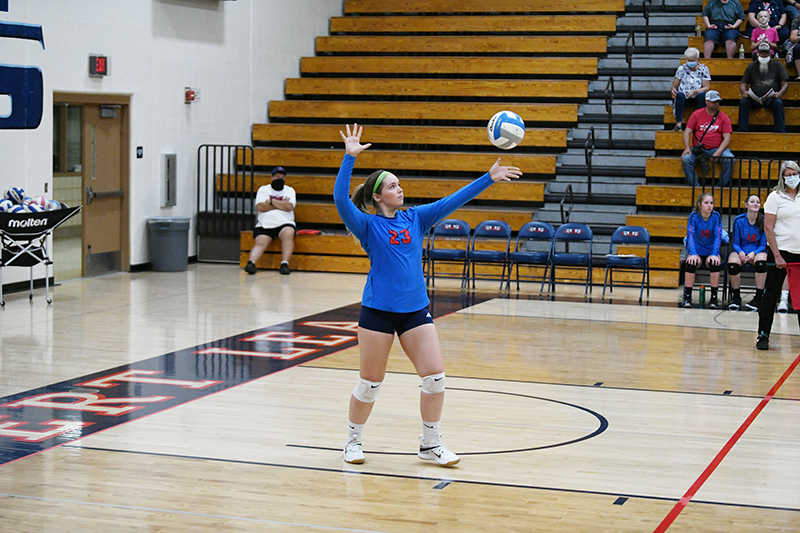 The hard hitting of seniors Jordan Juveland and Annika Veldman, and juniors Ava Jensen and Lilyana Lee, gave the Tigers a huge advantage throughout the entire match. The Tigers went on to win the first set 25-15.

Despite getting out to a 5-0 deficit in the second set, Albert Lea bounced back in a big way, using an 8-1 run to take a 8-6 lead. The play of junior Madelynn Balfe and freshman Nevaeh Wacholz, finding open teammates with perfectly placed sets, was pivotal in the comeback. The Tigers won the second set 25-18.

Albert Lea went on to win the third set by the widest margin of the night, claiming their first home win of the season 25-13.

The Tigers are now 6-8 and will be back on the court Tuesday hosting Northfield.