Richard “Dick” B. Kraushaar, age 89 ½, of Austin, Minnesota, passed away on Friday, September 3, 2021, at Mayo Clinic Health System Austin. He was born on February 10, 1932, in Freeborn County, Minnesota, to George and Dora (Klukow) Kraushaar. Dick attended Austin schools and graduated from Austin High School in 1950. On December 13, 1953, he married Shirley Ann Peterson at Hayward Lutheran Church in Hayward, Minnesota. From this union, five children, Steve, Debby, Peggy, Doug, and Brian, were born. Dick was a lifelong farmer. As you know, a farmer never really retires; he just moves into a different role which includes passing on wisdom and experience, along with being “free help” when needed. He enjoyed taking trips with family and friends and making many memories along the way. Dick loved woodworking, building furniture for his home and to give to his family, and crafting many items for his children, grandchildren, and friends. He was a lifelong member of Trondhjem Lutheran Church in rural Austin. 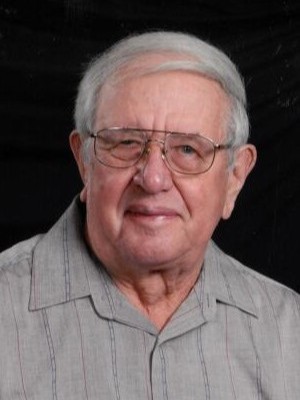 Richard’s family would like to thank the doctors and nurses and Mayo Clinic Health Systems Austin for their care. In lieu of flowers, memorials are preferred to the Trondhjem Lutheran Church Haiti Fund or the donor’s choice.

The memorial service for Richard will be held at 11:00 a.m. on Wednesday, September 8, 2021, at Hayward Lutheran Church in Hayward, Minnesota. Visitation will take place from 4:00-7:00 p.m. on Tuesday, September 7, 2021, at Worlein Funeral Home Chapel in Austin and will continue for one hour prior to the service at church on Wednesday. Interment will be in Hayward Cemetery, Hayward, Minnesota. Worlein Funeral Home of Austin is assisting the family with arrangements. Condolences may be expressed to the family online at www.worlein.com.