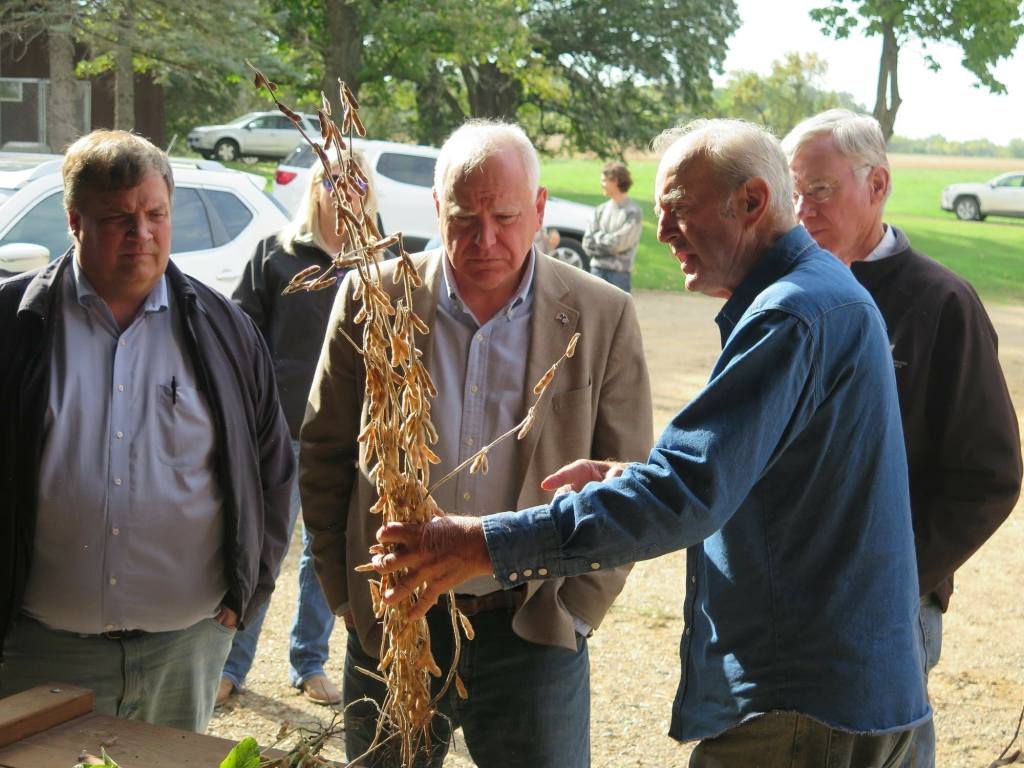 Half of the money would go toward grants of up to $5,000 to livestock producers and specialty crop growers. The other half would boost the Rural Finance Authority’s Disaster Recovery Loan Program.

Walz announced the proposal Friday at a farm near Hastings. He said the assistance could help some farmers stay on their land.

“It’s not just for Minnesota. We are a major reason that the country has that abundance of food supply, and the world has it,” Walz said.

Petersen said action on the relief is needed soon.

Walz wants to see the drought relief passed next month during a special session that also addresses pandemic front-line worker pay. But House and Senate negotiators have not yet resolved their differences on the pay issue.

Walz urged lawmakers to reach a deal on that and drought relief.

“We’re not going to please everyone, but what we have is we’ve got people who were put in very tough positions during the pandemic,  and we have the capacity to provide some relief to their families.”