Albert Lea and Austin meet in I-90 rivalry 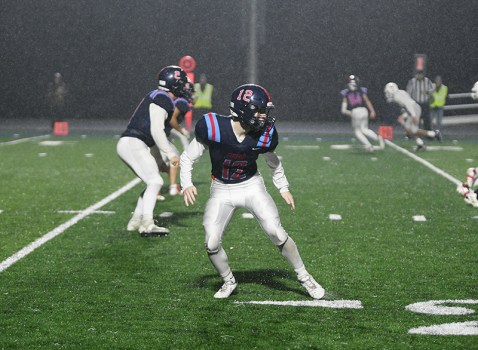 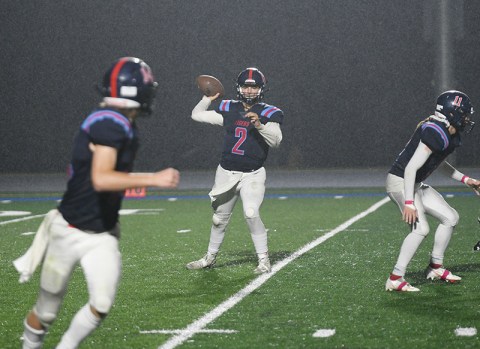 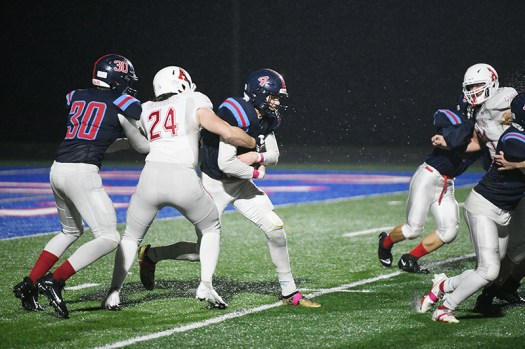 The Albert Lea football team is the No. 6 seed in the Section 1AAA tournament and will take on No. 3 seed Winona on Tuesday. Tyler Julson/Albert Lea Tribune 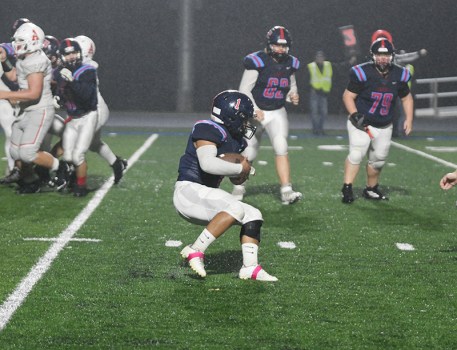 The Albert Lea football team closed out the regular season at home Wednesday night, hosting the 0-7 Packers out of Austin at Jim Gustafson Field.

While it seemed like the Packers and Tigers would play a close game through the first quarter, the Packers rattled off 28 points in the second quarter, while the Tigers struggled to move the ball. The Tigers scored a touchdown in the second half, but was unable to muster any sort of a comeback, falling to the Packers 45-6.

The Tigers won the opening coin toss and elected to defer their option to the second half. The Packers then decided to receive the kickoff and proceeded to spend nearly eight minutes of gametime on their first drive, but were forced to punt after multiple penalties pushed them out of field goal range.

The Tigers then took over after fielding a punt, but were forced into a punting situation themselves after going three and out.

Once Autin took the ball back, it took little time before finding the endzone on a 12-yard touchdown run, giving the Packers a 7-0 lead with just over a minute left in the first quarter.

The quarter ended with the ball in Albert Lea’s possession, but they were again made to punt in the opening plays of the second quarter after going three and out for a second consecutive time. The Packers scored on their next possession with a nine-yard rush.

Albert Lea tried a little trickery to start their next drive, but it backfired when the ball was fumbled and picked up by the Packers at the Albert Lea six-yard line. Austin took full advantage of the miscue and rushed in for a six-yard touchdown on the next play. The Packers then led 21-0 with over eight minutes remaining in the half.

Austin tacked on two more scores before the half to take a 35-0 lead into the locker rooms.

Offensively, Albert Lea came out in the second half much to the same tune as the first half. However, the Tigers were able to stop the Packers on numerous drives in the third quarter.

The Tigers took one of their possessions deep into Packer territory late in the third quarter. When the drive stalled out, the Tigers brought on the field goal unit in an effort to put points on the board. But a mishandled snap led to junior holder Tanner Conn picking up the ball and running it in for an eight-yard touchdown. Another mishandled snap on the PAT led to a missed attempt, but the Tigers were on the board thanks to Conn and his quick decision making to run with the ball.

That would be the only score of the game for the Tigers, however, they allowed the Packers to score another 10 points before the final whistle.

The Tigers racked up 36 yards of total offense in the game. Junior Dakota Jahnke was 7 for 19 passing with 12 yards and two interceptions. Senior Cole Janssen led the Tigers in rushing with six carries for 11 yards and junior Max Edwin led in receiving with three catches for 20 yards.

Defensively, Albert Lea allowed 329 yards. Senior Trenton Johnson led the team in tackles with 5.5, including one for a loss.

The Tigers conclude their regular season 0-8 and will be the No. 6 seed in the Section 1AAAA tournament. They will be on the road Tuesday in the first game of the tournament against a team yet to be determined.