A 38-year-old Alden man made his first appearance in Freeborn County District Court on Thursday on multiple counts of child pornography possession. 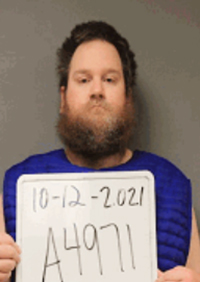 James Alan Rambo is facing 11 felony counts of possession of pornographic work of a minor under 13.

On June 23, the Sheriff’s Office conducted a search warrant of the home where Rambo was living, seizing several laptops, desktops, phones, flashcards and hard drives from the basement where he lives.

The Sheriff’s Office detective on Aug. 9 spoke with a Minnesota Bureau of Criminal Apprehension digital forensic examiner who had started to process several of the items that had been sent in from Rambo’s living area, and the examiner stated on just one of the hard drives, there were allegedly over 100,000 child pornographic items, of which over 29,000 were known victims from the Internet Crimes Against Children.

In court on Thursday, Freeborn County District Court Judge Steven Schwab set Rambo’s bail at $50,000 without conditions or $25,000 with conditions. Conditions included not using social media or the internet, not possessing firearms or dangerous weapons and having no contact with people under 18, among others.

Rambo is next slated to appear in court Oct. 28.