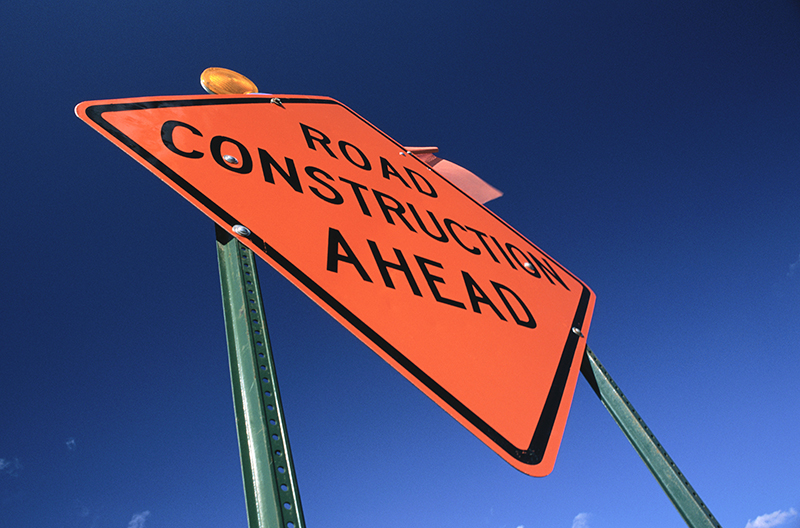 Rain this week has put a damper on the Bridge Avenue reconstruction project work, though crews are continuing to move forward.

Freeborn County Highway Engineer Phil Wacholz said Thursday afternoon that crews had planned a big day of concrete pouring Friday and are expected to have enough concrete work completed by Tuesday for the road to be paved from Richway Drive to Hammer Road, including the intersection, on Friday and Saturday.

Next week, temperatures are looking “borderline” with lows of below 30 expected a few days, he said.

“We really need a little bit of a warm-up in the 10-day forecast,” Wacholz said.

He said sod work will be dependent on freezing temperatures and noted if the sod fields freeze, that part of the project will have to be completed in the spring.

Work is also taking place at the intersection of Bridge and Marshall Street to add an additional manhole and a short section of sanitary sewer line to connect to an existing sewer line, said City Engineer Steven Jahnke.  This is being done to increase the capacity of the sanitary sewer system.

A detour is in place for motorists near this roadwork as well as near the construction on the north end of Bridge Avenue as well.

The following is an update on other construction projects happening:

• Jahnke said contractor US Siteworks had to leave the demolition of the Albert Lea downtown water tower this week to do emergency work on a different project.

They were expected to be back on Friday, and if weather cooperates, they will be complete by Nov. 5, he said. The scheduled completion date had been Oct. 25.

• The contractor has completed repairs to the collapsed liner between Dane Bay and Botsford Avenue, according to the city. The only work remaining is turf restoration and a few other minor items.

• Demolition of the former Godfather’s building, 509 E. Main St., is pending a 10-day waiting period from the Minnesota Pollution Control Agency and is expected to begin next week.