Bulldogs cruise through second round regionals 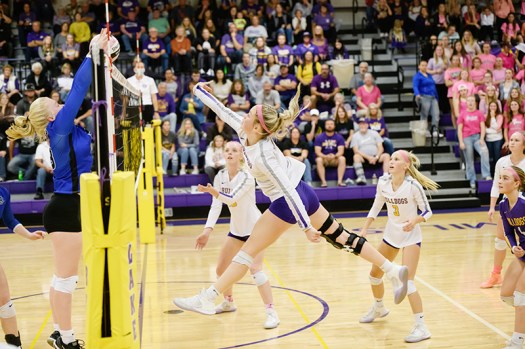 Lake Mills senior Brooke Bergo hits the ball through two defender's hands Wednesday night in the second round of the regional tournament. The Bulldogs won the match in straight sets. Lory Groe/For the Albert Lea Tribune 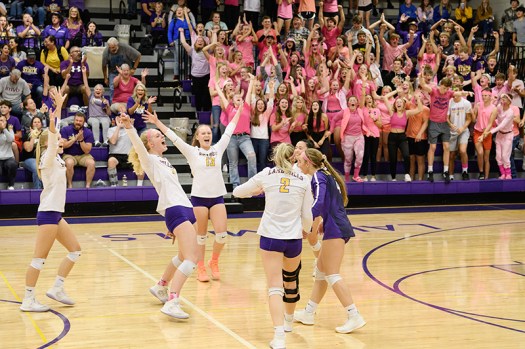 The team celebrates as they clinched the winning point against Central Springs Wednesday night at home. Lory Groe/For the Albert Lea Tribune 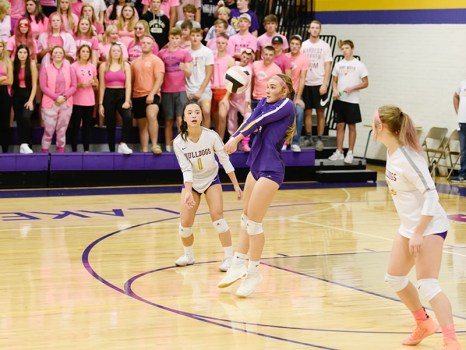 Sophomore Taylor Vanek returns a serve Wednesday night in the second round of the regional tournament. Lory Groe/For the Albert Lea Tribune 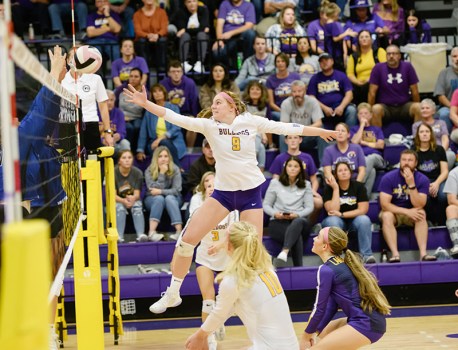 Junior Ella Stene taps the ball back over the net Wednesday night against Central Springs. The Bulldogs move into the regional semifinals after the win. Lory Groe/For the Albert Lea Tribune 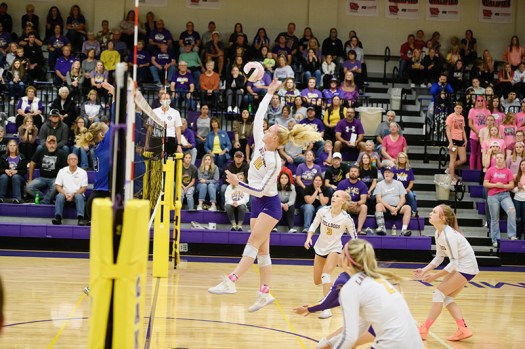 Junior Ellie Hanna led the team with 13 kills in the 3-0 win over Central Springs. Lory Groe/For the Albert Lea Tribune 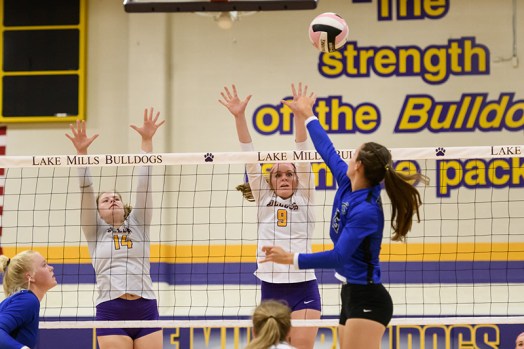 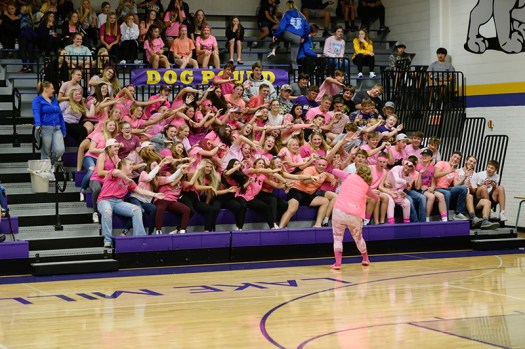 The Lake Mills student body was on hand to watch their team dominate in the second round of the regional tournament Wednesday. Lory Groe/For the Albert Lea Tribune

After receiving a bye in the first round of the regional tournament, the Lake Mills volleyball team hosted Central Springs Wednesday night in round two.

The Bulldogs proved why they’ve only lost four matches this season and went undefeated in the Top of Iowa West Conference, beating the Panthers in straight sets.

The first set started in favor of the Bulldogs, building a nice lead midway through the set. Head coach Jim Boehmer said to the Panthers’ credit, they did start to cut away at the lead and threatened to tie up the set at one point, but some timely kills and stellar serving put the Panthers away, 25-19.

Boehmer said his team was more consistent, efficient and aggressive in set two, dominating to a 25-10 win, and taking a 2-0 set lead.

Central Springs would not go down lightly, however, jumping out to a 6-1 lead in the third set. After trading some points, the Bulldogs still found themselves trailing 11-4. However, a 9-2 run by Lake Mills gave them the lead and they never looked back, earning a 25-17 win and advancement in the tournament.

“Central Springs had a great last two-thirds of the season and put together some solid wins so we knew they were capable tonight,” Boehmer said. “They battled well.”

Senior Leah Moen once again racked up a significant amount of assists with 18. Moen also tallied four kills, three digs, two blocks and was 15 for 15 from the service line with two aces.

“We only missed two serves on the night,” Boehmer said. “71 of 73 for 97% is a great night. This part of our game has been great the last half of the season. We locate well and we can hit spots. We are aggressive at the line and that’s been an important aspect of our game.”

The Bulldogs improve to 33-4 on the season and 1-0 in the postseason. They advance to the regional semifinals where they will take on the 26-9 Green Devils of Osage Monday night. This will be the first meeting between the two teams this season.